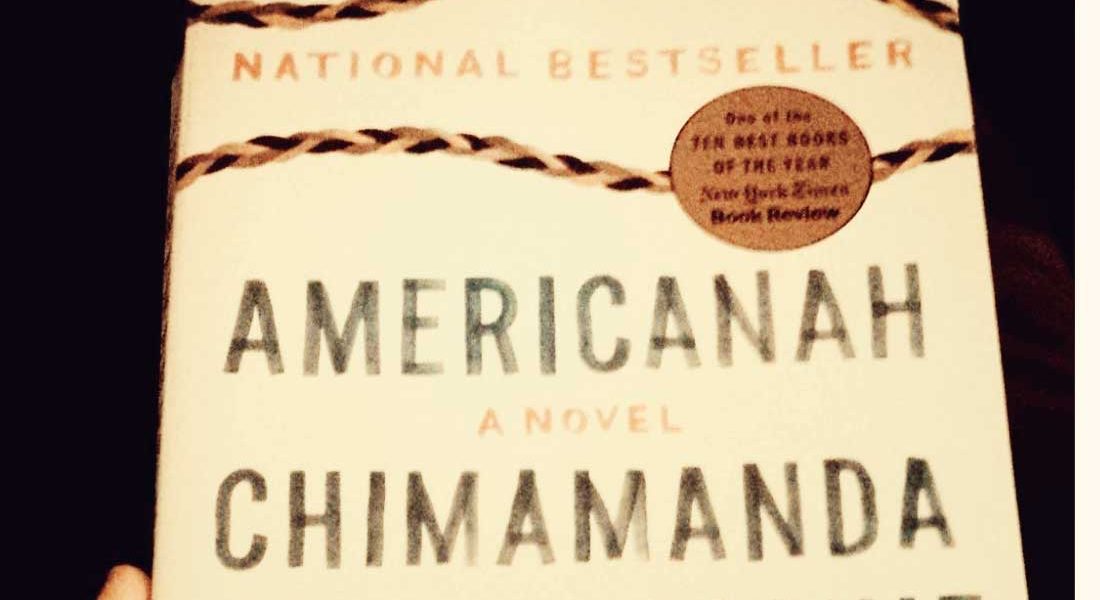 Americanah is the story of Ifemelu, a Nigerian girl who decides to leave her country for a period of time, to go and study in the United States in search of a better life. After some time, she returns to Nigeria full of all types of experiences. The two journeys differ greatly. In Nigeria, Ifemelu lives in a corrupt country hindered with countless problems, including underlying coup threats. In spite of this, the Nigerian girl lives her life in Lagos in a ‘dignified and normal’ way, and it is here that she will become the girlfriend of the love of her life, Obinze. Ifem, thanks to her contacts with influential people, will help her boyfriend climb the social ladder. She is aided primarily by her aunt and intimate friend, a woman who is good-natured but who lives trapped in the tentacles of power, personified in the character of her corrupt partner.

One day Ifem abandons the corrupt and militarised Nigeria to go and study in the United States where her life changes completely. In the USA she will have to get by on her own, start from zero, making her realise for the first time that “she is nobody”, and what is more important than anything: that she is black. And so, she will live in an apartment packed with slovenly students who make life impossible. In turn, she will have to take on shameful jobs up to the point that, on one occasion, against her will or because of a sudden lapse, she will accept money for sex.

This event marks a type of before and after in Ifem’s life who, for a while, struggles to live with her conscience. However, little by little she will recover and integrate into the society of North America. Her African identity will not be completely lost though, preserved in her thick Nigerian accent. Once in North America, Ifemelu quickly forgets about Obinze, who in theory was meant to accompany her to the United States. However, due to his visa being rejected, he does not do so and instead leaves for the United Kingdom, though this he does illegally…

Meanwhile, Ifemelu becomes increasingly more comfortable in the USA; she will work as a nanny and will even have several boyfriends, including a white man. So, in spite of the difficulties, Ifem manages to make strides in the “first world”.

In the mean time, Obinze finds himself in London ready to grow as a person and a professional. Nonetheless, by no fault of his own, the Nigerian’s experience in England is much less fortunate than that of Ifem in the USA. In Great Britain, the African will be treated as though he is someone of little or no significance, having to take on demeaning jobs. Obinze tries to find help from some other Nigerians who had been his childhood friends, but they end up behaving in a disappointing and arrogant manner and as though they they have made it to the top – a type of betrayal. Obinze feels the solitude and the harshness of the city and the world. In contrast, Ifemelu has become committed to writing a blog, which gains more and more popularity. It is a weblog where she talks about everyday problems, but more than anything about race, an issue that Ifemelu will dissect conscientiously and exhaustively.

After some time, Ifemelu returns to Nigeria, which is now a “democratic” country. There she will discover that Obinze is also back in the city, now married and rich. After a while, when in fact they were looking for each other, the childhood sweethearts end up finding each other and could end up “together”…

And here comes my opinion. We could say that the book’s greatest virtue is its profound investigation of the issue of race in the United States made by Chimamanda Ngozi Adichie. Americanah perfectly explains the feeling of being an average black person and having to look for work in a country dominated by whites. Ifemelu, the very intelligent protagonist, will go on narrating various anecdotes where the racial factor is almost always elaborated as the absolute protagonist. Unfortunately, this researcher’s valuable contribution contrasts with a weak literary construction.

So much so that the book has a greater sociological value than a literary one wherein the literary quality of book leaves much to be desired. This narrative incapacity is the result of an overwhelming lack of rhythm and tension that extends over the course of endless pages filled with empty rhetoric which form a fatiguing amount of inadequate literary constructions, raising the strong suspicion in the reader that this is a bad book, at times almost a terrible one.

The characters do not help to save us from the boredom: many of them lack depth and development, such insufficiency that affects the protagonist, who many times can be confused for the narrator’s voice. Various dialogues are also confusing, where it is uncertain who is actually speaking. Furthermore, the writer overuses dialogue tags and what is more objectionable: everything is explained, without leaving anything open to suggestion.