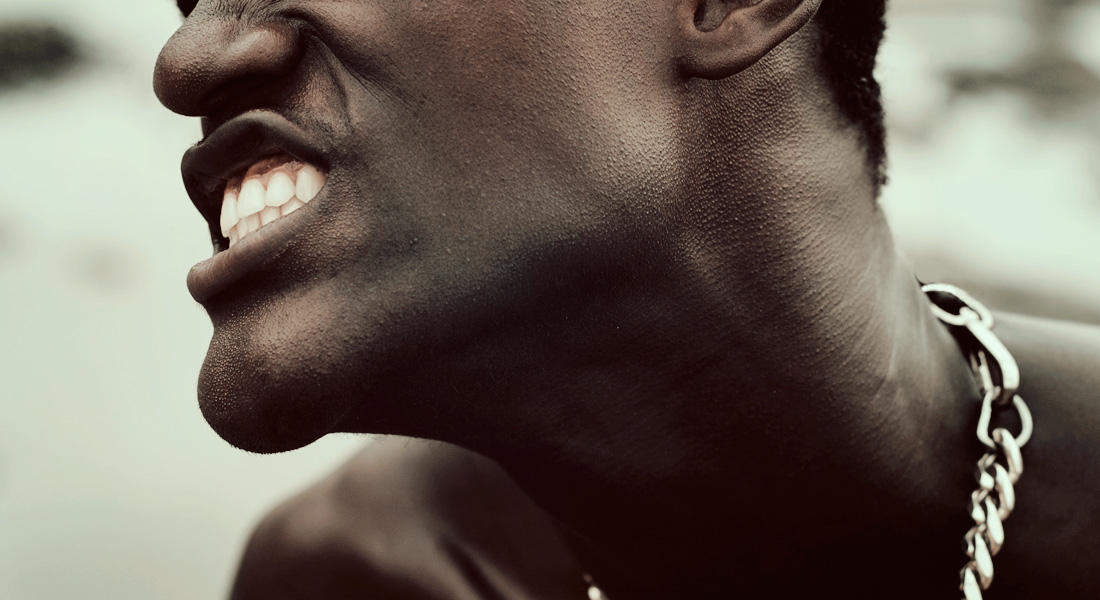 I have often felt that I was going to climb the wall in Liberia.

On some occasions I see her. The lady, who every night slightly commits suicide on UN Drive. She intentionally subtracts minutes from her life. That’s her, the woman wearing three rags and short hair. She throws herself onto the Ocean View Compound generator, hugging it, claiming it hers.

One sunless day, I approached her breath to tell her that hugging a generator is bad for you, but she looked up at me from down below in fright, perhaps surprised that after such a long time, an echo of sound was directed at her. A little attention, that’s all it was. But she turned her back to me, and wrapped herself around the generator again.  Love kills.

I have also lost my bearings in Liberia, my sense for things and space. I turn around and almost knock my Lebanese landlord over.  He is walking around on a sunless day, as if walking towards another stage. As if he were getting dressed for someone else’s eyes, as if he were walking towards other trees.

It was he who told me, whilst rubbing his thumb with his index finger, that the woman wearing three rags and short hair used to be rich. “Then she killed her husband and…” now she has dates with the generator. That generator has got a certain something. Maybe that certain something that the husband didn’t have. The generator gives off warmth.  A lot of warmth.

I keep walking down the UN Drive and bump into my colleague Peter. He complains about the French, “They’re everywhere.”

“What about the English?” I reply.

He looks at me with a slight smile and responds: “But that’s normal.”

On another day, I find myself in Gbarnga, listening to Amy’s alleged laughter from the other side of the table. Amy, a Rwandan, is sitting across from me at a Pakistani restaurant where it tastes of earth, warehouses and dogs.

Amy moves her head a lot, she shows her teeth, she smiles again and is almost dancing. She is quite loud and when I decide to sit next to her to find out what this Rwandan woman is talking about, I hear her talking about her brother.

She giggles as she describes how her brother was imprisoned several times in France for not having the right passport. She tells me that her brother was expelled from several countries in Europe for racist (she giggles) reasons.

Back in Monrovia. Back on the slope of oblivion, the slope down UN Drive, on a sunny day – because the sun comes out every day – a man is wriggling away. He screams and screams. The whole world is coming out of his mouth, bristly and full of thorns.

He takes hold of a huge stone and throws it upwards over his head and then onto the floor with as much strength as he can gather. How much can he still gather? I hear the stone land on the asphalt and I know that it is the sound of dry friction, a strange bruise, maybe Nordic, a rat lost in the Arctic. The asphalt doesn’t like having stones thrown at it. Stones want to keep quiet. And he screams, screams and goes on screaming.

He screams so loud that even Mark Bishop, the man carrying a tattered case can hear him. That man, with a shattered demeanour, whose mouth is always wide open, as if he has just been severely punished by George Foreman. Ding, Ding, the Texan is going to kill you, ding, ding. He staggers.

He boasts a wound on his chin that shines like a lollipop, a reddish white almost pink colour. And the man carrying a tattered case, who is very tall, says: “How’s it going? How’s it going?” In that voice of someone in boxing round 15, before crumbling. But he hardly receives an answer, maybe just “fine”, which sounds so, so … that you wonder if he can take it, if I’ll ever see him again.

Then Comfort takes to the pavement and confesses: “The day I heard the gun shots in Lofa, I knew that it was time to leave my country. I packed my cases. I became a refugee in Guinea.”

“And how did you cross the border?”

“I simply walked, arrived at some place, looked around, looked for a little food, and slept.” She adds: “I really had a lot of fun as a refugee in Guinea, I enjoyed it.” At the end of the day, a journey is always a journey. It doesn’t matter what they say.

Then Peter intervenes again, this time to pass me The Observer newspaper and shows me a sentence pronounced by the former president, Samuel Doe. “My Kalashnikov is my PhD” Torero, torero!

I keep walking down UN Drive and bump into an Australian friend who goes on to tell me that murder is dead easy in Africa, in Lagos for example. “The police never catch the perpetrators, because Africans all look alike, they look almost the same, how can you tell them apart, hey?

And I keep walking, and someone greets me as if he knows me from somewhere, so I answer back with a stupid hand gesture, unsure of myself. It’s only with much effort that it hits me that it must be that lad who worked as a guard at my compound for a while. It must be him. You can’t tell them all apart, brother. You just can’t. But they can, they know you well. Pretty well.