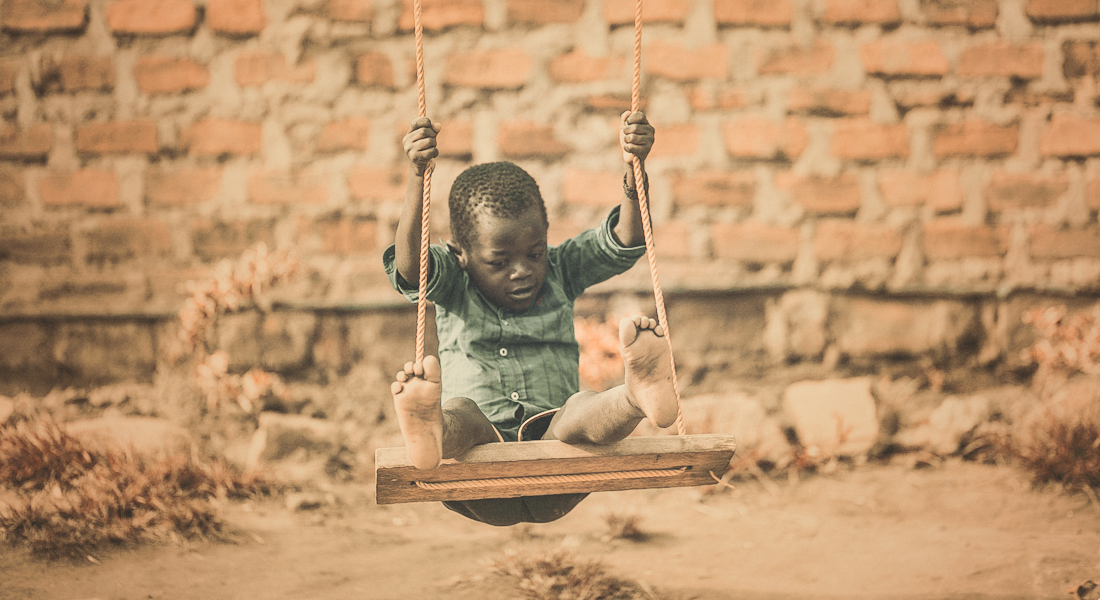 HE RAISES HIS HAND. In the middle of the trial, the man with the gold earring raises his hand and asks for permission to go to the bathroom for a minute. The judge looks at the two police officers and concedes with a slight nod of the head. In Paynesville they continue talking about the woman with the miniskirt.

The same one who came running through here to abandon a red cardboard box somewhere in a wasteland. The lawyer with the tie has just entered a windowless room saying he doesn’t understand anything. A man who displays a copper badge on his chest has told him to sit and has limited him to answering questions. Harry, the businessman who deals with the rubber company scratches his bald head when he receives a phone call. On hearing the voice at the other end of the line, he turns pale.

In the streets of Monrovia the kids play football and run around everywhere shouting and kicking a football. In the bars you can hear Takun J and a bunch of Liberians move their heads around Club Beers and palm wine. There is traffic, there are always people trying to make ends meet in the middle of coconuts, mangos, deflated tyres of the vehicles that roll and roll…

The man with the gold earring heads to the bathroom, escorted by the two policemen. One of them opens the door and pushes the accused into the stall with disdain. The policemen stay outside knowing that the man with the gold earring cannot escape. A rickety Nissan Sunny caught up in a cloud of smoke drops off the woman in the pink dress at a corner of Paynesville. She looks all around and starts to walk very quickly bearing a red cardboard box.

The lawyer with the tie invites them to come through to his office and then he offers a sweet to his client’s daughter, a five-year-old girl who is wearing a green bow in her hair. The lawyer looks at the girl and imitates an elephant, fanning his hands at his temples. The girl laughs, the mother also laughs and says she has to go out and buy something and won’t be long.

At noon, Harry calls the head of the most influential newspaper in Liberia and with a strong voice, a trembling voice, accuses a tribal chief of trafficking African masks and making a lot of money by doing so. The story appears on the Front Page of the afternoon edition. At midnight, Harry heads to a hotel with an almost empty bottle of rum in his hands. The rubber company businessman accompanies a woman who doesn’t stop coarsely laughing and smiling. Harry moves on, stumbling, letting out belly laughs and other noises. Lots of noise.

On Broad Street flanked by flamboyance various wedding cars dressed with blue, turquoise and gold ribbons circle around. The friends of the bride and groom go about saying that today is the first day of a new life for the couple, a life of happiness, children and prosperity. Shakira’s Waka Waka comes out the speakers, which makes more than one smile and dance, more than forty, the whole street. The little vendors sell pots, plates, keyrings and look at how Monrovia moves, look at how the world is moving.

The man with the gold earring has left a razor blade on the sink and then he has taken off his shoes, socks, trousers and his shirt until his is left only in his underpants. Yellow underpants. The man with the gold earring sits under the sink and does not go to the toilet to deposit the excrement that comes out of his anus but leaves it scattered on the floor. The woman in the pink dress continues walking quickly in the middle of Paynesville, looks behind her once again and notices that almost nobody sees her. She is very far away.

The lawyer looks at the five-year-old girl for a few seconds. The girl also looks a bit at him with her mouth open and with nervous eyes. The lawyer gets up from his chair with the agility of a cat and sits next to the girl. There he can get a better look at her legs, which extend from the short, white skirt of the prepubescent girl. Harry believes he sees something, a woman, a bottle of rum, but in reality what he is feeling is a cut on his arm, a stinging which lacerates like a kiss from a scorpion. Everything is blurry. Now.

In the heart of a bustling market, Anthony tells his friends that he has found work as an accountant in a bank. His friends celebrate by hugging him and shouting Hooray! Anthony says that a few years ago it would have been impossible to find a job like this in Monrovia. And as he is declaring this last sentence, he fixes his eyes on the new cement bridge built by the Chinese, along which dozens of cars move in chaotic disorder to get to Bushrod Island. The world is moving.

The man with the gold earring has now got used to it and when he swallows another piece of his excrement, of his own shit, he thinks that it doesn’t actually taste that bad and that everything in life is there to be discovered. Outside, the policemen have banged on the door a number of times and have shouted for him to come out now. However, the man with the gold earring would prefer to cut his own neck with a razor blade and later all the blood spreads and merges with the poo. The woman in the pink dress finally arrives at a corner of the totally abandoned and deserted wasteland in some place in Paynesville.

Without a breeze. The mother cannot avoid opening the box for the last time to observe the face of her child who has only lived three years in this life. The woman in the pink dress closes the box once more, leaves it in among the weeds and leaves, at first walking, later running and after thinking. Thinking. Thinking. The lawyer has slowly caressed the girl’s hair before her shudders and has begun to slip his other hand between the little girl’s thighs until he finds her underwear and then her vagina, which he penetrates with his index finger various times.

The door of the office opens a little later and in the doorway the slender figure of the child’s mother appears. They say that when Harry arrived at the hospital he was already dead. The doctors spoke of cardiac arrest but the death certificate confirmed nothing. In the afternoon, the woman with the coarse laughter’s mobile starts to ring. And that of the tribal chief. Everything is music.

“My life has never been as special and interesting as it is now”, Charly says as we cross, in a Toyota Prado, the new bridge built by the Chinese. “Liberia is progressing”. In the street, a young girl jumps and runs around showing a poster where a smiling doll appears under a beautiful, radiant sun. The girl comes up to our car and sticks the poster in the windscreen. And we see it. We see a beautiful, radiant sun which crosses the bridge and reaches the courtroom, Paynesville’s wasteland, the lawyer’s office, the mortuary and all corners of Monrovia. A huge and colossal sun that doesn’t stop repeating the same, “good morning o Liberia”, “good morning o Liberia”.

RECALLING PRESIDENTIAL ELECTIONS IN LIBERIA (5 of 5) ELLEN OR WEAH?
I AM HERE YOU BASTARDS
"A TRIP TO THE MOST SINGULAR COUNTRY IN AFRICA”. CARLOS BATTAGLINI IN GUINEA" (1) OF (6)