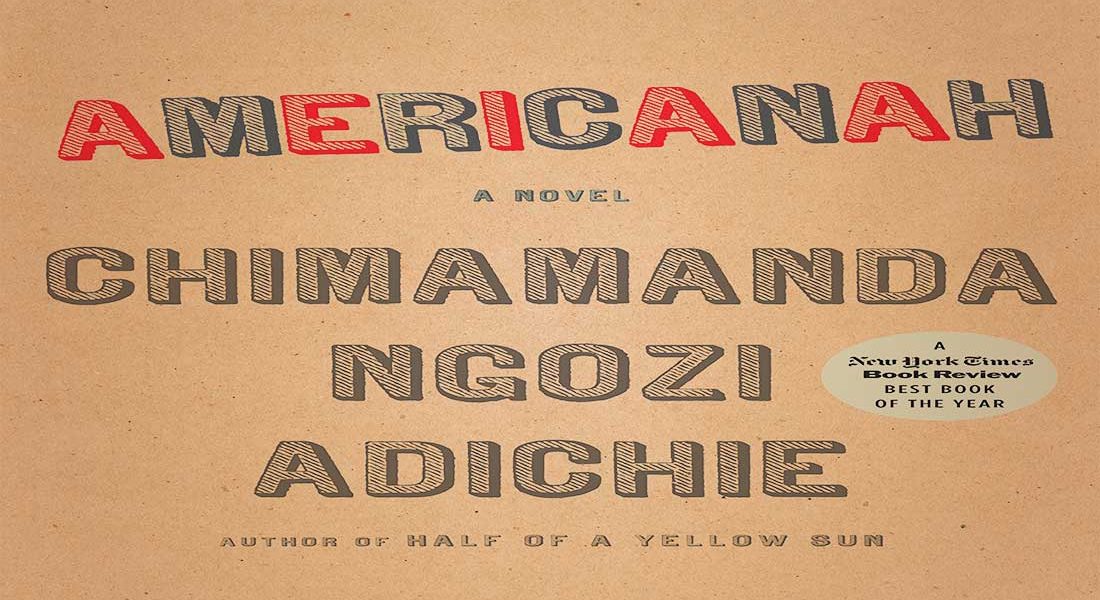 Being born black can be very hard, and while there are quite a few nuances, different levels and social classes within the black world, the difficulty of progressing always seems to be lurking in the shadows, independent of social status. With regard to this, the book will say that in a country such as Nigeria it will be understood that you can emigrate to flee from war and poverty: yet many will not understand the anxiety that the oppressive lethargy creates, motivated by the lack of opportunities that the “normal” people also suffer.

It could mean something like the desperation of the middle class. In fact, many will not understand why well-fed people would “escape” to another country. The sceptics ignore that this section of society ultimately grew up dissatisfied at the lack of opportunities offered to them. The truth is, they turn a blind eye and believe that real life happens elsewhere. For this reason they are willing to assume dangerous risks such as leaving in search of opportunities and security of a better life in an unknown world.

On another level, Americanah is also a novel that makes fun of stereotypes about Africa and, therefore, about blacks. For example, how many times have we heard that “Ethiopian women are extremely beautiful?” or that “I hope you don’t kill my dog with voodoo”. Or the other stereotype when always recommending the same African book which is, of course, Things Fall Apart, the classic by Chinua Achebe.

Within all of this racial mix, reflected in Americanah, the figure of Obama plays a primary role. In fact the appearance of Obama as a presidential candidate and his real possibility of becoming the president of the United States, was, for many blacks, the first time that they saw light in their lives.  As the novel well states, racism and injustice has failed to provoke the birth of the “United League of the World’s Oppressed” who would be this marginalized section of society full of contradictions and human factors, including racism. Yet, Obama came to establish social justice. And for the first time, many of those “outside of society” believed that, finally, change was possible.

Change which was happening in the USA. However, as well as in this country, Nigeria, as mentioned before, plays a prominent role in the novel. Americanah provides a good critical snapshot of Nigeria. As one reads page after page, there is a deeper understanding of the Nigerian people. Such as, when the novel says that Nigerians have self-assurance but not dignity, that they should laugh less and solve more problems. In this context, Lagos doesn’t get painted in a very positive light and is depicted more like a den of corruption. It will be said that it is a “city of transactions”, that what is given is always in the hope of profiting in exchange; “agreements” which also clearly affect relationships. Ultimately, in Lagos, there are many men and women wandering around who have a lot of money that has been acquired by dubious means. In Nigeria the mentality of scarcity prevails, “we imagine that even the things that are not scarce, are scarce”.

Other more sociological aspects help us to understand the dialectical relationship between the Igbos and the Yoruba, the ramifications of the Biafra war and further details that seem to take us on one of those “okadas” (motorbikes for hire in Nigeria) at the same time as we eat “ube” (sweet potato) and adding now and again an ‘o’ at the end of every word, “good morning o” (something that is common in West Africa, above all in Liberia).

With all that, the race issue will return to dominate the majority of the book, up to the point that some parts perhaps reflect too much sensitivity, in the end an over-analysis of American society, an excessive complex on the part of the narrator (and thus, of Chimamanda Ngozi Adichie). There comes a point when such “obsession” can be tiresome, although as the protagonist more or less comes to say, it’s not that we are being annoying, it’s that this screwed up racism keeps on and on, every day.

On the other hand, as it has been said before, Ifem’s blog, her literary slant, is also a central aspect of the novel, a tool which will obviously focus fundamentally on the racial element. Discovering the way in which Ifem (Chimamanda) organised her posts was interesting to me. For example, she tells us that she spoke more and more to strangers in order to have more topics of conversation. She reveals that at the time of writing certain posts, she carries out a research. In other words, literature plays a fundamental role in the novel, and in the end in many aspects, Ifem becomes Chimamanda. This is why she comments on matters related to books. For example, she criticises the fact that people ask what a particular novel is about, “as if a book only had to be about one thing”.

Changing the topic, I would like to stress the fact that Chimamanda appreciates the ‘help’ she has received to write this book. Thus, Chimamanda will combine English with “her language” to give thanks to the support she received (apart from in the dedication at the start) “this book: Ike Anya, oyi di ka nwanne; Louis Edozien and Chinakueze Onyemelukwe”

Something I’d like to point out is that Americanah was my first experience with an electronic book. I have to say that in general, I liked it much more than I was expecting to, and I almost even managed to experience that intimate and quasi-erotic sensation that the feel and handling of a paper book induces. An electronic book, with regards to retaining data, or adjusting the size of the text etc., could be better than a paper version, but despite all of this, I definitely prefer a paper book and its unexplainable connection.

Finally, and going back to Chimamanda Adichie, a very famous writer already thanks to works such as Purple Hibiscus, Half of a Yellow Sun and the book which this review is about, Americanah, (which has received numerous renowned prizes) still has a lot of maturing to do as a writer from a technical standpoint, in order to follow the path of great writers. Only time will tell.