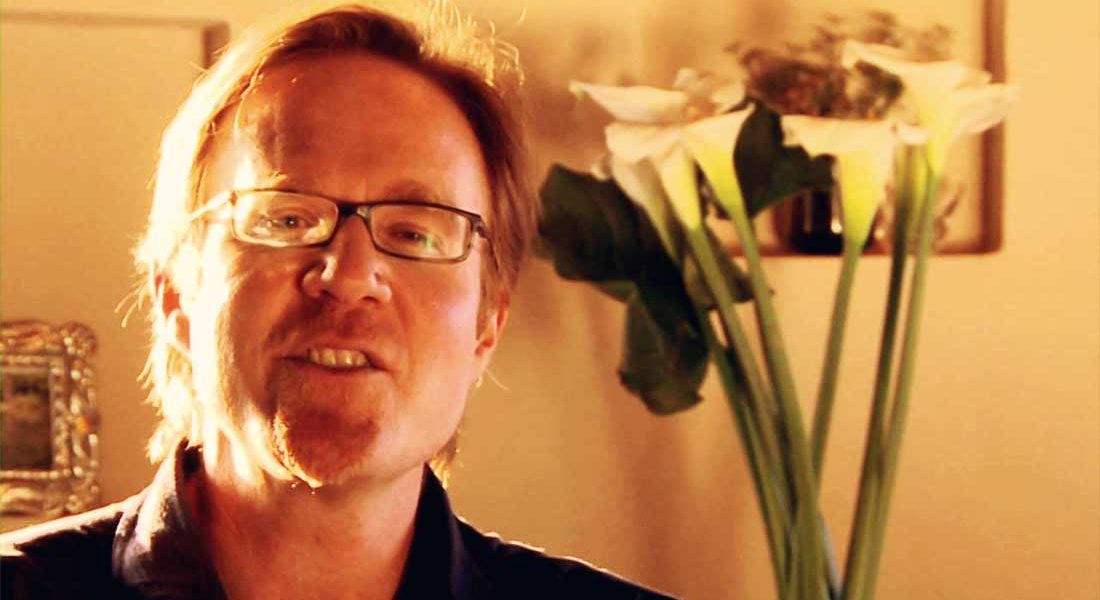 Blue Clay People tells the story of William Powers, a North American aid worker in Liberia back in 1999. Powers lands in the African country as a member of the NGO Catholic Relief Services (CRS) with the task of fighting against poverty and saving the rainforest in a country gripped by the peril of a bloody civil war.

William, who at that time was 28 years old, embarks on his journey in Liberia full of energy and illusions. He begins to work with a strong determination to end the dependence of the Liberians, equipping them with more resources and abilities. However, his preconceived idealistic vision about Liberia and the world of development suffers a great shock when he is confronted with the harsh realities.

Powers expects to find a committed and united environment with regard to the weak and instead he is most surprised at the colonial “atmosphere” of Liberia, to the extent that it reminds him of The Plantation Era in the Southern United States during the time of slavery.

What strikes the North American most is that, although it’s the twentieth century, the expats, that is to say those trusted to reduce poverty, are literally the elite, the masters of the country. Unwittingly, Powers is astounded to observe that he himself fulfils the role of bossman, having a servant who is in charge of all of the household chores. This community of expatriates made up primarily of NGOs and development organisations make Powers feel like a bourgeois millionaire, so far from the profile of aid worker that in theory he had landed in Liberia for.

William cannot believe that this group of superficial foreigners, living in a bubble where all that exists is Monrovia, are his “friends”. Inside this same circle of expats and the little world of development, all types of peculiar characters can be found who do a good job of reflecting the predominant attitude.

One such character is Jacket, a hedonist, conscious of the injustices in the world of development but with very little desire to change things. Jacket even goes to say to Powers that, “we aid workers exist to ease the conscience of the world’s rich… But the important news at this moment is that the surf’s up in Robertsport!”

Powers also describes a guy, Dave, who boasts of having lots of sex with the locals in Liberia, although everybody bets that he has to pay for it. Nevertheless, William says that in the expat circles it is not well looked upon to have a local girlfriend, and for this reason many conceal their sexual relations with them.

Powers is also disappointed in his own country, the United States of America and its role in Liberia. Thus, he is shocked by the opulence and insularity of the North American embassy: a frivolous place represented by an indifferent ambassador who is alien to the true aims of the world of development.

However, Powers is not bothered only by the frivolous bubble of expats and international organisations, he is even more upset by the corrupt management of the Liberian government and, what is almost even more serious: the passive attitude of the majority of the Liberians who accept their role of inferiority in an utterly subservient way.

It doesn’t take Powers long to recognise the need to abandon all of these comforts in order to discover the real Liberia. In such a way, he begins to gradually estrange himself from the expat world, the useless meetings in Monrovia and starts to mix and integrate with the locals. In no time he is using the Liberian greeting of snapping fingers, trying the local food such as fufu, dumboy and even starts a very special relationship with a Liberian woman named Ciatta.

She will show him a reality from a local’s perspective, which will gradually fascinate him, while he reveals his own conservative, white culture that is plagued with restrictions. Powers experiments with the meaning of Blue Clay People whose title comes from a Liberian tale wherein God makes all of his inhabitants from the same blue clay. William integrates to the point that he also ends up becoming emotionally involved in the real problems that the country suffers, such as malaria, AIDS or the lack of family planning.

But without a doubt what will make him commit the most will be the colossal deforestation that the country suffered at that time, mainly at the hands of the enterprise Oriental Timber Company (OTC), a company run by the Dutch businessman Gus Van Kouwenhoven, friend and accomplice of Charles Taylor.

OTC, or ‘Only Taylor’s Children’ as it is colloquially known in Liberia, was headed, in the shadows, by Joseph Wong and associated with Global Star Holdings, a company established in Hong Kong and part of the group Djan Djajanti in Indonesia. The devastating deforestation committed by OTC and Taylor, leads Powers to work in secret with organisations such as Global Witness who fought to stop all of the folly that enabled Taylor to finance his war games.

Powers continues to delve into the country, into the interior of Liberia, where the monitoring of financial projects by CRS often paint a bleak picture. Accordingly, since many of these activities are a botched job, financed by a huge amount of money which is wasted, priorities are on meeting quotas and financial objectives rather than making a real impact on local communities. Many times it is about projects designed in a decontextualised, mechanical way devoid of real insight of the authentic needs of the people.

The effects of these development projects are sometimes so detrimental that they can even subsidise practices such as “sexual tourism” in an indirect and unintentional way. Somebody will even say to Powers that all of this absurdity is normal, not to worry so much about trying to prevent corruption, that it is inevitable that every project loses around 10-15% in stolen food or money.

William asserts that in the face of these calamities, the international institutions are not trying to stop the threats but in fact are feeding a cold development industry that has become a big business. Within this barrage of criticism, the United Nations (UN) does not appear in a favourable light. Powers even goes as far as to criticise CRS, his own organisation, although he also praises it.