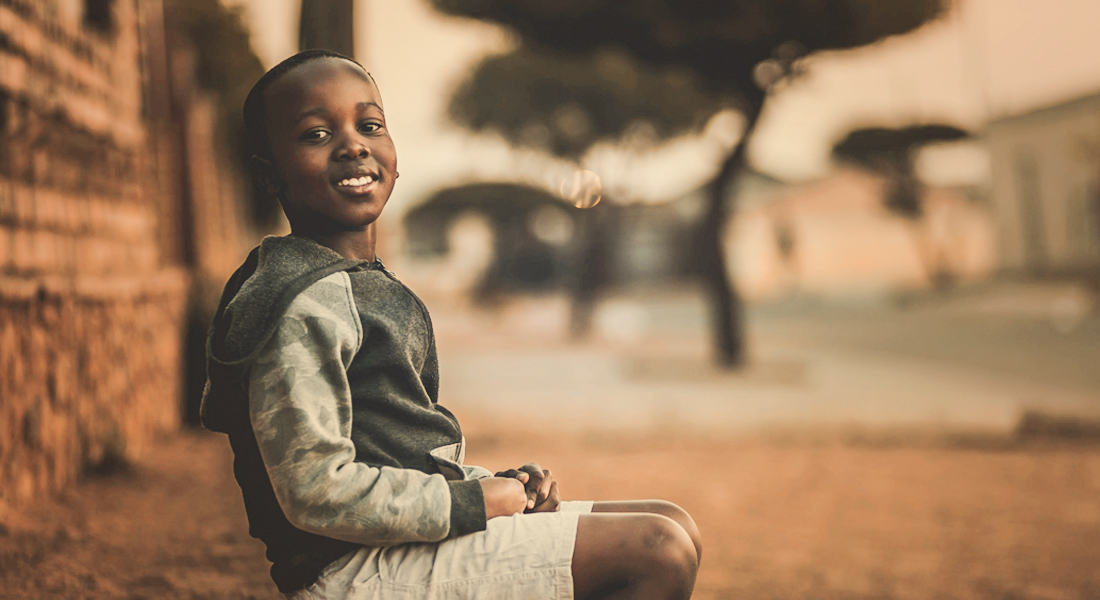 SOMETIMES IT HAPPENS. You are walking in the middle of a Liberian road, heading in some direction and a question falls on your head in the form of a guillotine and covered in scales that must be silver with grey stains. A little blurry. Why the calm? Was I like a desert? Why the tranquility? I believe I recall. I believe I have spoken already about nature as a decisive phenomenon, like a goddess, granting oxygen and of peace in Liberia. I believe I have already referred to the green, the palm trees, and the mangos, growing to offer you some warm hands to rest on your shoulders each morning in Liberia.

I believe I have already told you, perhaps one Wednesday: in Liberia you can see the trees. I live with them and the truth is I am far from unpleasant skyscrapers (the coldness now), I barely see television advertisements (Did I tell you once those were double agents?). Let us say that I don’t relate to the pressure of constant supply. I don’t see it. I can’t see it. Perhaps one Tuesday or a Friday I came to you to say that maybe I had elucidated one of the fundamental origins of such hidden frustration in the so-called modern world. It is them. It is them. Television, the Internet, and all of that framework of supply and demand that encompasses the so-called (Oh no! I will say it) capitalist system. The world of supply and demand.

I am sure it was in November when I whispered that so much media spectacle resulted in a surge of false illusions, more confusion, anxiety and that agitation of the nervous system. A surge of haste. Pressure. The obligation to play a role, a part. Theatre. That’s the way it is. And thus the plane has barely landed (a plane) in the cool world you see: supply. A possibility. An obligation. You know, adverts offering a wonderful life (laugh on Sundays, dying of laughter on a Monday morning) which you can only obtain by buying the product in question.

They are marvellous. I’m talking about the stunningly hot girl or the heartthrob of the moment advertising that shampoo or those cereals. And you, wrapped up in confusion since the day you were born, you believe it and you buy the car, the computer that talks, the latest iPhone, you open a commission-free bank account and other illusions in the form of the world of skyscrapers and mobile phones.

Surely it was yesterday (so far away now) when I had to laugh, almost bursting out laughing, on reading in the “civilised world” all those appeals for unity and all that pluralism, such as “your Bank” “everyone’s team” “we are thinking of you”, and know with certainty that this fallacy only intends to benefit three morons, the ones that carry the money the ones that will boast power. “All together”.

Distrust the call for unity, I think I have told you already.

Over there, in the “civilised world” everything is exhibitionism and performance. Keep up appearances. I love the occidental world, the civilised world on the other side. All of this falsehood fascinates me. All those lights, all of those placards excite me. Soak up Oxford Street, 5th  Avenue. I’m interested in all of that. But for that I need to be alone.

I want to be at that beautiful party where you can appear, emerge, to be someone, to be famous is an obsession with many bipeds who confuse success with being in the media spotlight. Have I talked to you about utopias? Because this over exhibitionism my brother, it’s nothing more than another utopia. Because everything moves. Constantly. Because the stage transforms every minute and whoever was on the front page of the digital daily newspaper at 1.10pm, has already been replaced by another at 1.21pm.

And it’s that. There are more people. Money. We all want to take part in the famous wheel that spins at a vertiginous speed. Everything for the show. Colder. Another rum. A pack of cigarettes, please, no, not that one, I want lights. Confusion is all about being speedy, the heart beats and you perform:  we are all happy, we’re all as happy as Larry and we put it up on Facebook.

Yes, it was maybe back in the summer when I spoke to you about this. So it was when I commented that every entity, every organisation, every organism, every enterprise, every whatever, whether it is a car dealer, a brand of air conditioning or a Coca Cola, you are sold a type of life with an aim to reach for. Their life is what they are selling you, not yours. In exchange for a sale, they offer you values and carefully studied customs that oblige us to identify with the guy who is driving the sports car, who we must imitate.

And we shop. But. The buyer’s chain never ends. Once you have your car, I told you! It turns out that you need satellite TV, and thus, diving, diving in the ocean of consumerism. That infinite sea. And then we want company. Somebody by our side. It’s normal, it’s so cold.

Liberia, Africa, Red, blue and violet. In this country they don’t reproduce the aforementioned materialistic tendencies in such a pronounced way. Here too there are cars, lots of cars. Unbearable traffic and gridlocks like in Europe or New York. But, I have already confessed it to you, here in Liberia they leave you in peace more.

They don’t fall on you like a ton of bricks, these enormous smiling advertisements for Colgate, that crushing television, that persistent Internet. Lo and behold here “poverty” indirectly helps to drive away a business and hence the consumerist pressure that wreaks havoc on the civilised world. Did I tell you that it was impossible to destroy the brightness? It’s unbelievable. It always ends up appearing.

What I was also talking about that Monday of carnival, was a familiar sensation that you get wrapped up in in Liberia. I know him, I know her, I know him. I will end up knowing you, I will end up seeing you in some place, in the cocktail, in a house, a room. Admittedly, it isn’t a bad thing to run into familiar faces everywhere in Liberia. Did I get to tell you why this bothers me in America but not in Liberia? You are almost happy to see everyone everywhere. In this city. In this country. The cold doesn’t get in. That’s how it is.

And I don’t have anything else to say. Enough. Basically these are the reasons, this is the origin of calm in Liberia. A commercial question, a question of poverty, a question of climate, a question of characters. Yes, now I know. I know you can be happy in a so-called civilised world. I know that despite the fact that the majority lie so that they aren’t accused of having gotten off the “cool train”, people aren’t that stupid and you can’t pull the wool over their eyes.

And we learn. We learn to use our mental faculties and vital experience to cope in an era of information overload and useless tasks. For this reason we set up the barbecue and take a step forward. I believe we have already talked about all of this in Liberia, maybe at Christmas.

YOU AND I ARE GOING TO DO BIG BUSINESS IN MONROVIA
A night at the Déjà Vu
AND ONE DAY I WENT TO THE BUSH IN LIBERIA. “IN THE HEART OF BONG COUNTY” (3 of 9)