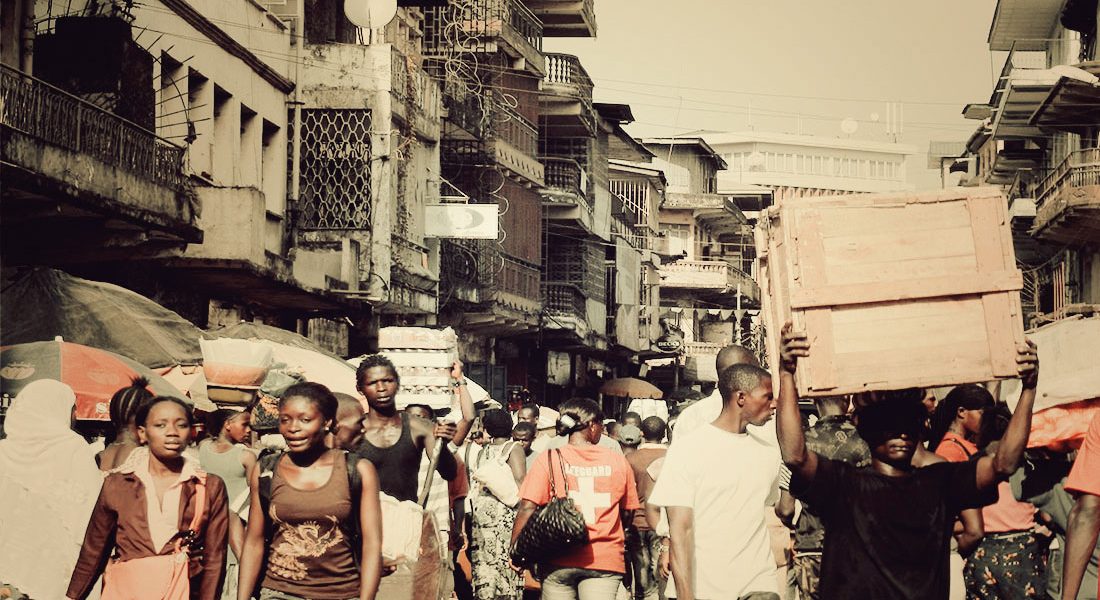 I KNOW RIGHT FROM THE START THAT JOKERS IS NOT MY KIND OF BAR. The moment I step foot out of the taxi, I can sense a certain carefreeness and self-confidence in the air, and that certainly isn’t my type of night. I don’t belong here, so here I am. I then make my way into that joint where all ilk of people – pinkish whites, depraved, sinister-looking pool players, ladies of the night and other flawed characters – come and go. I relax at the bar and take a sip of Star, which, as strange as it may sound, is too light a beer, almost a joke of a beer, for my liking.

A few minutes later a cougar with ample breasts and a lopsided left eye starts heading towards me. I am white. To her I am Money. “Hey there,” I reply to her “How are you?” and her string of other well-rehearsed lines. Later, in order to get rid of her, I say “I’ll be over there,” in Henry Miller fashion, man.

I decide to wander around the bar a few times. Next to the main entrance is the door to the Dantesque Dancing Room – the door to Hell. I am white, and white man means Money. All local women are naturally attracted to me.

I continue to roam around the bar and order another Star, wondering what the hell I am doing here.

I sit and watch guys playing pool, which catches my eye due to them playing so horrendously poor. Drifting around aimlessly like Guy Debord, I cast my gaze towards an erotic-looking blonde who is in the company of a Latin hunk, whose face gradually becomes more and more irritated as the blonde, who has been round the block more than once and is wilier, suddenly disappears. And the night goes on…

The following day I decide to hit the streets of Accra

I ask the guy at reception to call me a taxi, but it turns out that there are none available. So he offers to lend me his car so I can go to Cape Coast, on the condition that I don’t tell his bosses. I tell him that I’d rather take a taxi, and after a while one suddenly turns up, as though the driver and the reception clerk had been clearly in cahoots together. His name is Prince.

“We are brothers,” he tells me, and regales me with stories until we reach Oxford Street, the main street in Accra, which reminds me of a U.S. back road, the type that you see in the movies with a spattering of motels, a gas station and full of all kinds of different kinds of posters.

Prince finally leaves and I step out onto Oxford Street. The street is a mishmash of cars and street vendors occupying both the road and the pavement. A Rasta with a limp calls me excitedly from the other side of the street. I decide to ignore him and move on, but, when I do so, I notice that two guys are following me. “What’s going on?” I think to myself. Aren’t Ghana and Accra supposed to be safe? I don’t like the atmosphere. I don’t like the vibes. I feel scared. So I run into an MTN mobile phone store, with its big glass windows, in search of refuge.

After a while, when the coast appears to be clear of Rastas and weirdos, I make a move for it. All I can hear is people saying “Come here, come here!” or them asking me where I am from…”Where? Where? Where?” I stride on, fearlessly, boldly, eating an ice cream I have just bought from Frankies. “Three years” is the reply to all who ask me how long I have been in Ghana.

“A Policeman working in International Security Forces” is the reply to those wanting to know what I do for a living, and I can notice how they back off. But then a hugely rotund guy wearing an African bright passion fruit-coloured T-shirt appears from nowhere and says to me “I like the ice cream you have bought at Frankies”. I smile at him and keep walking.

The fat guy stops me again on the corner and adds, “I’ve been to Europe, Madrid, Barcelona, Lisbon,” and then reveals that his wife is Spanish.“Cómo está?” he asks in Spanish with an African accent and goes on to tell me that he has worked for some Germans down at the harbour in San Sebastian, in northern Spain.

And that is just the way things are here. You walk along, try to dodge people, get asked questions, ‘answer’ them… It is hard to make any headway, brother, but, after another ice cream at Arlecchino, I finally get into my stride, walking confidently, and soon find myself entering the more run-down neighbourhoods, yet maybe not completely free of hassle.

The streets are full of stalls – women selling bananas, yams on display, fish being fried (tilapia in abundance), cassava being mashed. Good music can be heard everywhere. I head towards an area with awnings. A buzzing, constant rhythm emanates from them, and a kind of street party atmosphere can be easily sensed. I come across a group of people all dressed in light blue and celebrating something. Men, women, young girls and old women, all are dancing to the same beat.

In typical fashion, some people around call out to me, in an attempt to get me to buy something. Boys and girls smile at me. There are boys fighting amongst themselves, men carrying chairs on their heads. Cars pass by. The music plays on. I stop for a moment to take a breath, take it all in, and think to myself “This is Africa.”

TRIP TO GHANA (1 of 7) - A SORDID AND GHASTLY PLACE
EXPATS ALWAYS ASK THE SAME QUESTIONS
DOES AFRICA EXIST? Literary review of Ryszard Kapuscinski’s ‘The Shadow of the Sun’