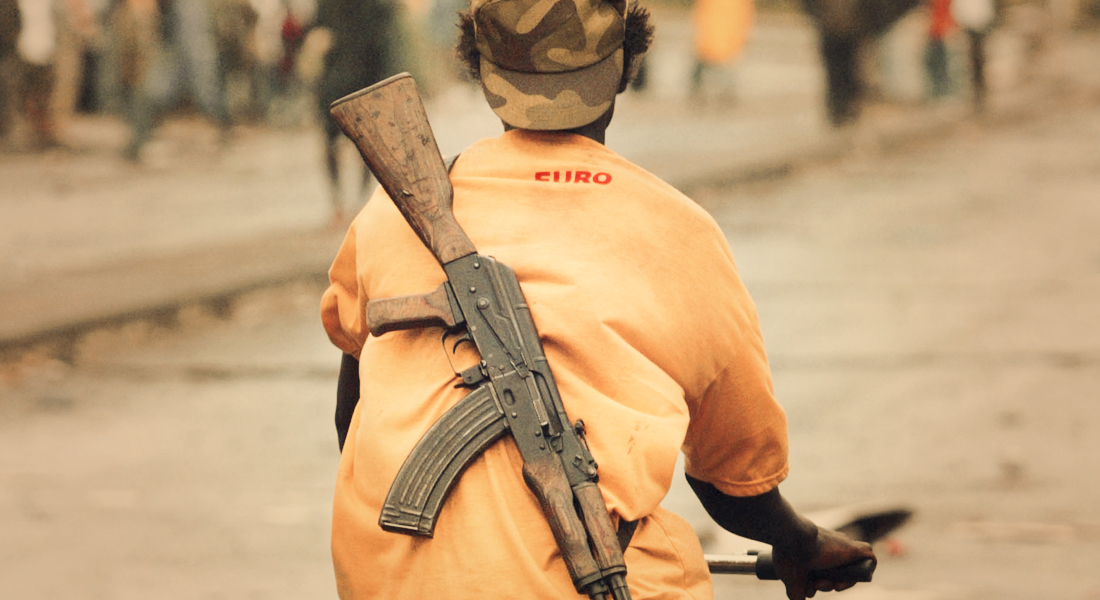 I know that on the first day I will believe that everything has changed, that everything was a lie, that in reality all of this poverty wasn’t that big a deal. Now, as I watch aeroplanes taking off above my head at Brussels airport (one after the other, a plane, another plane) I can already see myself tomorrow at Liberia airport, that awaits me. You know, there I will feel like when in a lively village where the festivities, that is to say, the conveyor belt will turn the suitcases at a dizzying speed a rhythm, man, that corresponds with the heat (oh miracle) that one feels in Liberia down to the bone.

Deeper still. Much deeper. I will see Miatta who after being serious will burst into laughter instantly, because I will instantly burst into laughter. Lugging my suitcase we will both walk through Robertsfield, Liberia’s tiny airport, we will be surrounded by airport police with their navy blue t-shirts, and Miatta will say the name of our organisation, those magic words that repels all bureaucracy in one swift move.

Later, because there is always a later, we will never die. Later we’ll go outside, out of the airport and we will allow ourselves to be kissed by the hot air that comes from the rainforest, that seeps from everyone, each and every one of us, from her, from you, feeling once again the heat of Liberia. It’s incredible, man.

You know, later the driver will arrive in the Nissan Pathfinder, and once we’re inside the vehicle, he’ll give me a side glance by way of asking for permission to play music, something that I’m looking forward to more than him. Put some music on already, man. Put the music on, now.

And so, the driver will slip in a CD and we will hear Ashawo by Flavour, you know man, and Miatta will move rhythmically in the car, in the middle of a pitch-black night that insinuates fresh, jungle, spirits and an AK 47. All of that. With the car in gear. At night and in the night. When you want. You know I’m not afraid.

And I will start thinking, with pleasure. To the rhythm of Liberia, Africa, thinking that I’m hooked on this continent, already addicted to this car, to this Liberian night that I want to know once and for all so I may tell it to never reveal its secrets to me. In fact, the trip from Robertsfield to Monrovia is long and I wish it were longer still. I only want to travel, all night, all day. Look man, Miatta is moving in the front seat almost unconsciously, elegantly, dancing without knowing it, bewitching us with Africa and all of the safe and tame strength. Of this planet.

Later. Little by little, we make our way into the turmoil (do you say it like that? Do you say turmoil?) of the city, crazy Monrovia, crazy because the crazy live better, Miatta will say when she points to the graffiti that declares, “I’ve gone back to taking those blue pills”. This is what we will make our way into, in the middle of a pitch-black night motorbikes coming out of all corners, in search of the noise.

And the following day man (because we will never die) I will get up and go out to the street and I will walk like a somnambulant on UN Drive, with that half smile that you can only wear at night in Amsterdam, at half past three in the morning after leaving a coffee shop, surrounded by pink, red and lavender lights. I will walk flanked by skinny men who will raise their hands to say, “Hi Carlos. Welcome back man!” And I will smile at them, truthfully, you know. They are close. Now I really love them. And the Rastafarians will still be here, doing their own thing, lowering their heads by way of a greeting, moving at that rhythm, man, that calms everything down.

It doesn’t matter, relax. Everything is like a sponge; I am walking on a cloud. And I will stride as if I am high, noticing again the zinc, the other life, at the waves on the beach where I can make out the women in white who continue praying to the sea. So clean. And I will say again, angrily, that this poverty thing is not a joke. That everything is real. It’s incredible. Everything seemed so normal until, the other day, at home, in Spain…

On UN Drive, the cars will overtake me, some will offer to take me. But I want to walk today. I want, I want to rest the sole of my shoe here, in the hard tarmac and blend in and listen to the shouts, the gruff conversations from one side of the pavement to the other, taken out of a night in New Orleans, I want to smell the odour of fried fish, the intoxicating diesel, fire, fire, fire.

And then. I will continue walking up the hill of oblivion, looking, because I look a lot. I look at everything. And when you look, they look back, and I will try and see who that is on the terrace of the Mamba Point Hotel. And it will seem as though I can see masks and beers.

Later, I’ll see my friends. As always, I’ll hand out hamburgers and universal confusion. I’ll receive greetings, hugs and more meta-universal confusion. We’re all in this slow boat brother, now I know it. Yes, slow boat, everything will feel slow to me for a moment. You know what man, that is the problem, that for a moment I will think everything is slow. People are just still sitting here, without anyone noticing that we have to give the world a good kick, without anyone saying, “this cannot go on like this”.

For this reason, at lunchtime, with the look of someone who is looking for something, I will go into the restaurant at Mamba Point Hotel, you know, absent-minded, sanctified, unstoppable, walking slowly, as if bestowing blessings, understanding, seeing, finding myself, little by little, faced with the irretrievably mundane and shiny faces that do not share my euphoric sentiment: humans that won’t rock the boat to initiate change.

I’ll greet everyone, with an infectious smile from the first day and I will try to go one step beyond. Yes, I’ll greet them in another way, drunk on novelty and excitement. On change. Hope. Because I would like everything to change, everything to move, until the ashtray flies, until the salad leaps like Angus Young. Really quickly.

And that is the problem, you know, that I want to go faster. And on going home, later, much later, I will feel desperate, I will think blindly of a new Liberia, I will ask more and more from life. But, after tossing and turning seventeen times on the sofa, life will caress me and will tell me to be calm, not to worry, really, and with a motherly voice it will say, be calm child, “this won’t end like that”.

IF YOU COME TO LIBERIA FOR SCRAP METAL…
“ON ROOM ISLAND”. CARLOS BATTAGLINI IN GUINEA (5) of (6)
I AM HERE YOU BASTARDS