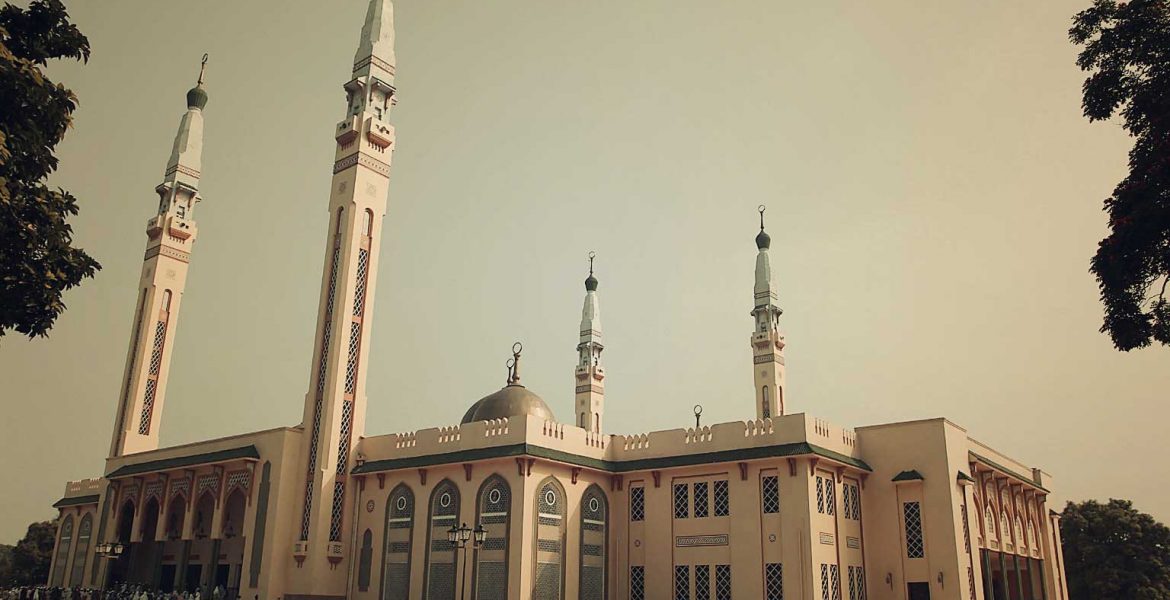 DID CONAKRY EXIST? The time had come to tour the capital city of Guinea Conakry. The city, which on naming it provoked sighs and rolling of the eyes among the people I knew, deserved its space and its moment. So at breakfast time, while some Chinese tapped noisily away on their laptops, I got help from the Lonely Planet guidebook and scribbled down a plan. I went outside and showed my sketch to Samory who affirmed with a nod of the head.

The Guinean started the red wine coloured Peugeot and we set off from Minière, not very far away from the bustling neighbourhoods of Bellevue, Rogbané and Taouyah. In Bellevue, I changed my dollars at Mr. Fadja’s, who put more than a million Guinean francs into my right hand. As in other countries in the region, such as Sierra Leone, in Guinea for a few dollars you could get a huge wad of bills that wouldn’t fit in your wallet, you had to resort to plastic bags or cotton pouches.

With the guidebook in my lap, my index finger hovered over the map of Conakry, whose profile reminded me of a type of needle piercing the very heart of the Atlantic Ocean, gulping down, choking on sea and more sea. Conakry was a dart, an arrow or perhaps the earth had suddenly got a huge spot. We were heading West, in the direction of the sea, escorted by yellow and rickety Peugeots, Citroens and Renaults that screeched past, reluctantly recalling a French past that has become ever fainter since the sixties. I also observed a number of tro-tros (as they say in Ghana to refer to the packed public vans that transport passengers from here to there), washbowls on people’s heads, businesses operating on decaying, dusty wooden planks, empty leather couches loitering in the corners, mattresses, colours, more trucks and traffic, lots of traffic.

Like toadstools rising from the ground, Conakry felt the birth of more and more buildings constructed by the Chinese, whom Samory respected, “the French, blah, blah, blah, they only know how to make war, like not so long ago in Libya, the Chinese work, they work a lot”.

I put my head out of the window again and we were greeted by the football stadium, towering over the neighbourhood of Dixinn. Continuing on, we bordered Abdel Nasser University and further on we stopped opposite Camp Boiro set in the heart of Route de Donka. On asking Samory about the atrocities committed in this area by Sékou Touré, now converted into military headquarters, the Guinean didn’t even let me finish my sentence and, irritated, raised the tone of his husky voice to tell me that that belonged in the past, “passé, passé”.

The red wine coloured Peugeot continued to make its way in the heart of Camayenne and paused the journey to allow us to put our feet on the ground, under the scrutiny of The Great Mosque with its elegant vanilla cloak, curved by several domes and heightened by two very tall minarets. The Great Mosque (La Grande Mosquée) received important funding from Saudi Arabia and nowadays can accommodate more than ten thousand worshippers. Sekou Touré, the hero, the villain, was laid to rest in the neighbouring cemetery that faces the Muslim temple.

I turned my head to both sides and later pressed the button on my Canon G12, managing to take a photo of the interior of the mosque, sprinkled with red rugs laid like fresh tongues and interspersed with manifold peppermint green columns.

Just as I was taking the second photo, I received the unexpected outrage from a worshipper who came around a corner almost running, threatening to smash my camera or my face with his fist.

He only calmed down with the imperative voices coming from the speakers, the call to prayer. Hundreds of worshippers, garbed in long cotton robes and their rainbow appearance, began to walk in file in search of prayer, also dragging along Samory who had by now taken off his shoes.

From the mosque we headed to the Botanical Gardens, which reminded me of a small forest hiding all of its flowers at the rear of one of its verdant green passageways. On arriving, Samory introduced me to a botanist who, with pliers in his hands, explained the names of the flowers patiently to me. The name of the flowers. A gardenia, a geranium, an iris. We walked through the gardens which looked at us a little sadly, like a tired horse, with many of its corners covered in dry leaves and full of dust, “there is no money for the Garden” the botanist had told me in a subdued and calm voice.

From one garden to another. Samory started the engine and took me to the 2nd of October Gardens, once a place to stroll now converted into a theme park. That was some party. You only needed to take a look at the joy in the faces of the hundreds of children running around everywhere to confirm it. They would climb onto flying planes, descend on slides, score a goal, shoot balls, make plasticine castles and dance rhythmically to the sound of a music that shook every corner of their bodies. For a moment I had the impression that I was young again, that I had gone back to being a child again, feeling the intrusion of the impact that theme parks had on me during my childhood. An authentic party and a thought: the amount of joy that a few square metres can provide.

Next to the 2nd of October Gardens, rose the People’s Palace, surrounded by Guinean flags (yellow, green, red) and a gigantic statue in the centre, a characteristic of the totalitarian regiments and worship of character. The socialist architecture found its purpose in Sekou Touré who let himself be embraced by the tentacles of communism when the French were forced to abandon Guinea, cutting all of its economic assistance and evacuating all of its qualified personnel. It was hot in Conakry.

From the People’s Palace, the red wine coloured Peugeot entered Boulevard du commerce, La Ville, and parked in front of the bone coloured cathedral Sante-Marie, with its immaculate bone-coloured walls. The church was clean, perfect, well nurtured, like all churches in the world. Let us say that Sante-Marie cathedral wasn’t very interested in setting itself aside from other conventional churches, but it held a certain seduction in its hands. Samory refused to enter in a Christian church, “I have never been here”, and was unable to notice the chancel on display absorbed by a dome inundated with frescoes ennobling the white dove of the Annunciation and surrounded by a ring of shepherds who pointed in amazement. Windows, wooden benches, a confessional, and a tombstone.

Within the tombstone the last archbishop of the church closed his eyes and perhaps heard a song in the form of a silken thread being sung now by a choir of beautiful Guineans, part of the 8% of Christians who live in Guinea. A French woman and a man, maybe her husband, directed the choir with a soft movement of their hands. “Let’s go”, Samory shouted from the doorway, “there’s still a lot more to see”.

I AM CLIMBING THE WALLS IN LIBERIA, BUT I WOULD JUMP AGAIN
TRIP TO BUCHANAN (5) of (6) THIS BAR IS FOR ME!
Chess in Liberia! I am a white bishop in this country