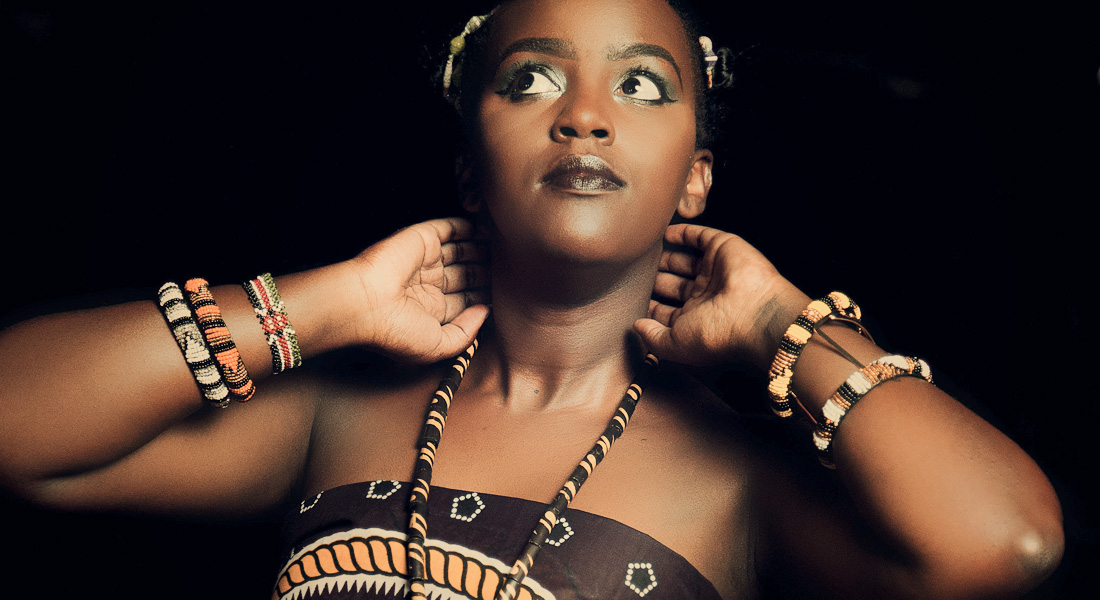 I SLEEP IN GBENEQUELLEH IN A TINY ROOM with no mosquito net, hoping malaria in Liberia doesn’t recognise me. Deep into the night, an overwhelming silence alternates with the roar of generators. I am tired and can hardly sleep.

The next morning, Fred springs straight up, so he has obviously had a good rest compared to me. Lack of sleep has left me feeling exhausted. Children run in and out of the house while chickens scamper around. The young husband who put a roof over our heads is wearing a tracksuit and listlessly looks on. If you want a shower you have to find a washbowl and some free corner, but nobody provides anything. What with no water.

Shortly after, we look around to see what’s for breakfast, or rather, what we can find to put in our mouths, because as is to be expected, the young husband has nothing, never mind for us. Fred and I head into some kind of market that is the colour of scarcity. Amid huts held up by squalid sticks, throngs of people come and go. We manage to get hold of some kalas, a sweet substance from flowers. It is delicious. Sugar galore.

Then he whistles. The young husband energetically whistles over to us, so we head over into the rice fields to try and solve the sharing of the harvest in Gbenequelleh. It starts raining.

The Liberian Alex climbs onto a mound and takes out a file. Fred and I look at each other but chose not to move. The boxer and other farmers get closer and listen expectantly. Alex writes something down; he seems to be scribbling. Then he loudly explains how the rice harvest is going to be shared. This for him, this for that one. Nobody complains. Even the boxer shakes our hand.

Feeling satisfied, we get into the white Toyota (white means white), which presses on though the rain, through the discomfort. It’s raining, it’s pouring. I guess what I’d really like to do is sleep, to lie down wherever I can. A bed: my kingdom for a bed.

Having overcome the potholes and stones and the brain itself, which takes pleasure in weighing me down, I find out that we are heading to Duata, the village where we were supposedly going to sleep last night. We drive for miles and miles until we arrive in Duata.

In Duata we feel observed by the entire village, all eyes are set on us as we sit inside a hut with a zinc roof over our heads, under the rain. It’s raining, it’s pouring. We worm our way into the rice fields under the rain to take a look at other works of planet Earth, other natural features and other forest tautologies. That’s all. Well, almost. Take the all and deduct the almost and the result is a miracle. And then.

We arrive in Janyea a little later and we’re asked about a certain Nicolas again. Apparently Nicolas was a French volunteer who won both the affection of the locals and the hearts (hearts) of women who fell into his arms (arms?). A local villager tells us that: “Nicolas was very strong.” And then there are the boots. As is the case in most villages, in Janyea they ask us for boots, shovels, tools and money.

Then, from among the beggars, a woman with smooth skin and beautiful factions emerges. She leads the way to take us to see the rice, frantically shooing the chickens, as if she were scaring off flies. We’re followed not only by the chickens, but also by a joyful chorus of children at the rear. Till death do us part.

On my right, a girl appears with a big smile on her face, and the last thing on her mind seems to be rice. We talk to the lady with the beautiful factions and she explains that the sharing of the harvest has not led to any problems in this village because they all received something. The girl couldn’t care less.

But then I spot a man standing behind her. It must be her husband judging from the bitter look on his face as he drops his head. Oh dear, that was kind of disappointment for him… But really and truly, the whole village is really very friendly and full of smiles. That’s the way it is. Many smiles, many sparkling, shiny teeth. That’s the way. It is.

LIBERIA AGAINST CAPE VERDE (1) of (2)
ARE YOU REALLY OFFERING ME THIS?
IS THERE ANY WAY OF UNDERSTANDING TIME IN AFRICA?