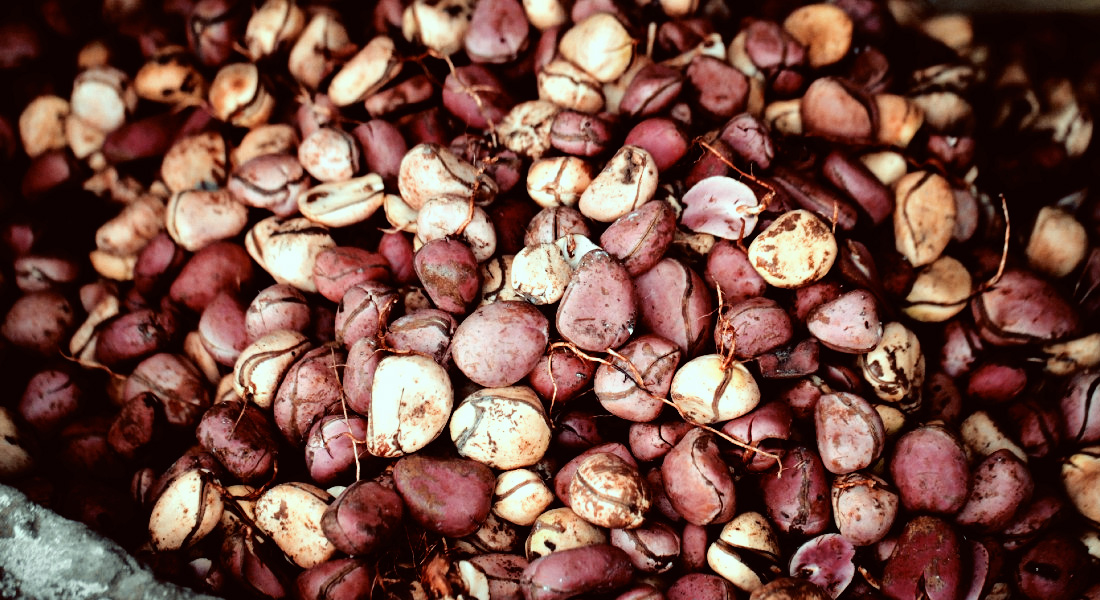 SAMUEL IS THE BOSS. That’s what I realise on the next day from the way they all stare at him when he greets me. One’s eyes can reveal a leader’s terrain. Samuel apologises for not having been able to accompany the day before due to “mechanical issues”. But I am already annoyed with this guy, with pretty much the whole organisation actually, but I greet him cordially of course.

Today we have at our disposal a white Toyota Hilux, which far exceeds the brown one we had to put up with yesterday. A third and even a fourth passenger fit nicely in this white Toyota Hilux.  André is happy. Vroom, vroom.  From the minute the car starts, I have a clear goal in mind: to tell Samuel that he has to get cracking on the rice and fisheries project.

Surrounded once again by green and red, I try and be somewhat subtle, alternating my loaded remarks with cheap jokes and other invaluable additions, but making sure that the message gets across. That’s the idea behind it.

Samuel is a cunning old fox and he calmly agrees, as if he were listening but actually he is not, or something like that. He looks like an emperor sitting comfortably in his car, majestically dodging the potholes that invade the red, the road and life itself. We drive on, almost in a zigzag, skirting the deep red earth, the potholes and the puddles, subject to the whim of nature, who has scattered obstacles at will, with no previous negotiation – there’s no parliament here.

But I smile as I see it through the rear-view mirror.

I am referring to the emblematic brown Hilux, which follows behind us with the remaining organisation’s workers. After many a tumble and bump and other agitations, we arrive in a new village. We leave the cars by the side of the mud and straw huts (where else, if not?).

The whole village attends. From the crowd of heads, a man in a cap separates from the crowd and hands me over a crumpled note full of scribbled down demands. They want tools. As always. I nod, what else can I do? He then offers me a piece of kola nut, which is a peeled seed from the kola tree used to honour distinguished guests in many African villages.

I give it a good bite despite its inedible texture and harsh taste, followed by a second bite that tastes even weirder.  Then, with a wry smile, André warns me about the powerful aphrodisiac properties of kola nut. I still have a big chunk of kola nut in my hand and I am not sure what to do with it, so in the end I sneakily leave it on a tree, trying not to offend anyone.

As I stop to rest for a minute, I spot two big eyes looking at me from inside a hut. It’s a girl. She waves at me and then hides, only to reappear like a playful creature, so I also start to wave at her like a twit. To the amazement of my companions, we spend a good five minutes waving at each other: first me, then the girl, then me again, then the girl. Then another girl joins in, so there’s three of us, waving away, and of course, smiling throughout.

We thank the wife of one of the locals who had prepared the meal. We gladly ate it all up and then set off to see more cassava plantations. We walk, walk and walk. The workers of the Liberian organisation take photos of me as I jump over puddles, mounds, mud, rubber trees and stones.

Look at the white guy. As we reach the cassava plantation, we find many shirtless and sweaty Liberians scattered all over the place. I take a sip of my fresh water and realise that they are all uncontrollably staring at the see-through liquid. Gulp, gulp, gulp. I can feel the pressure of having to share out the water, so I hand it over to a farmer who, much to my dismay gulps down the whole bottle in a few seconds. Take that.

Everyone is hovering around, the Liberians are cracking jokes that only they could ever understand in a way that I will never have access to in my whole life. Distance. I feel like a bourgeois politician amidst a preeminent proletarian environment, if at all, as the cassava plantation leader explains the whole process to me.

A long trail of men follows us, like a long wedding dress veil that ended up in the wrong dowry. Once the questions and answers session had come to an end, we headed back to Gbarnga.

All of us always head back to Gbarnga. We always return to Gbarnga. And this time, in the midst of greens and reds, brother, Samuel puts on a sickly sweet CD, revealing himself to be a romantic at heart. “When a man loves a woman” and the like.  But you know man, as we drive along a stretch of red void and green lows, the seventh song turns out to be “I don’t wanna wait in vain for your love”.

Against the backdrop of Bob Marley’s melancholic and aching voice in the white Hilux, everyone’s instinctive humming gives way to a sidereal allusion that one can meet the unknown, have wings and come across a few scattered pieces of a bygone encounter. And then André says that this song could also be understood as “I don’t want to wait ten days for your love.” Enough is enough.

THOSE WHO LEAVE LIBERIA
DISCOVERING THE DUCOR HOTEL IN MONROVIA
TRIP TO BUCHANAN (4) of (6) NIGHT LIFE IN BUCHANAN!