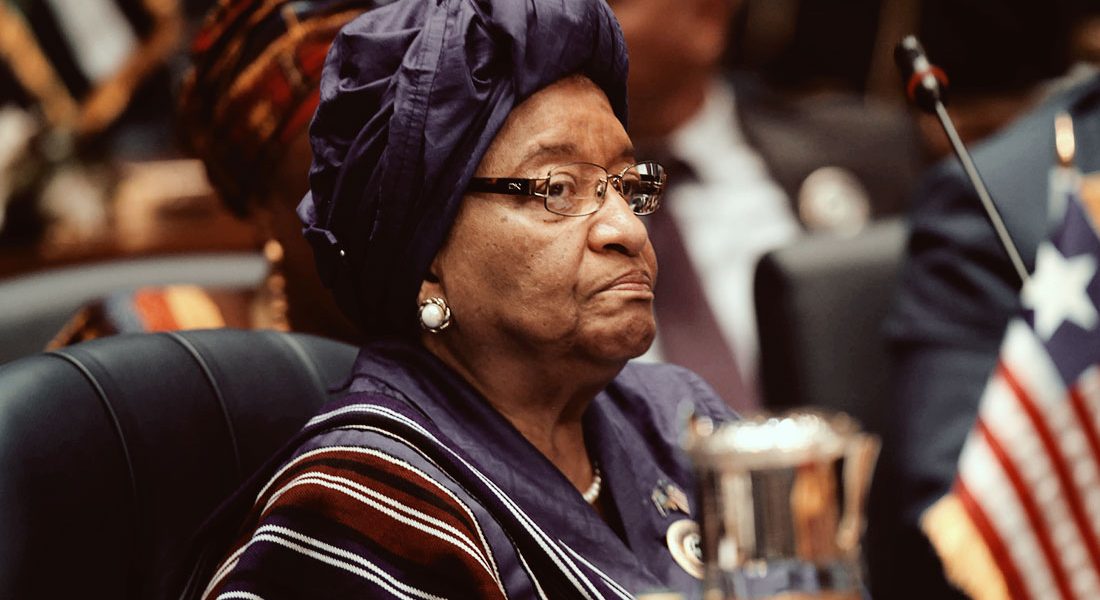 WHY AM I SAYING ON EDGE IF EVERYTHING IS CALM IN LIBERIA? IS EVERYTHING CALM IN LIBERIA? Ladies and gentlemen: the moment of truth has arrived. We find ourselves in the decisive final round, the moment many Liberians have been anxiously waiting for: the presidential elections. Everyone has been summoned, to decide the future of Liberia over the next few days, the next few hours.

Ellen Johnson, the incumbent President, and Winston Tubman, the aspiring President and right hand man of George Weah, have been reminding everyone for months. The two candidates present themselves as the only ones who can offer salvation. Now is when they talk – in the plural form – and look at people in the face. All for the people of Liberia.

So why I am saying on edge if everything is calm in Monrovia? You can hear helicopters. People from all over the world begin to land in Liberia. Whites, blacks, short, skinny and rosy coloured people, even some wearing turbans or military gear, they all show up for this appointment with Swiss punctuality and a juvenile anticipation.

Many, many people are showing up. Others have fled. Maximum Alert. More and more people, more and more cars. At the office we have already been warned in a threatening tone against leaving our houses after eight o’clock. An enigmatic voice and nervous laugh phones you every so often to check up on you at home. As a means of toughened control, we have also been provided with satellite phones that we have been ordered to use if we spot anything unusual or if anybody is in need of help or when two and two are no longer five.

At Mamba Point everything seems to be running smoothly, as per usual, except for the strange chanting that you can hear in the night lately. Chanting that reminds you of some sacred sacrifice. Yellow-painted faces. Heads rolling. Everything is so calm, that the houses are fortifying their security with added steel bars, gates are going up, locks are being put in place and drilling can be heard.

Emergency windows are installed and fire extinguishers have become part of normal furnishings. Everything is so calm that the police drive past more often than usual, nee-nor, nee-nor, nee-nor, and people are rushing to buy provisions to get ready for a potential confinement: there is no oil left, no lettuces to be found anywhere and gas has become a luxury item that has mysteriously disappeared from the city.

Apparently the Lebanese community has hidden the gas cylinders, the prices have shot up and finding gas has become an absolutely audacious venture that involves the right contact and a wad of dollars in the hand. The days unroll against the background sound of loud speakers, proclamations, speeches of some kind or another, deafening choruses, people’s bellowing and some party gaining momentum in the distance – more and more momentum.

At the Mamba Point Hotel, where a great atmosphere reigns these days, calmness starts to doubt herself (human after all). Yesterday, for instance, you couldn’t fit a needle in the dining room. It was full of attachés (mainly North Americans) with their accreditations, briefcases, white polo shirts and files. Hundreds of jaws chewing at the same time, champ, champ, and knives and forks clinking more than ever, clink, clink.

They are all here to attend the Liberian elections.

Security meetings start to take place one after the other at a dizzying pace. Warnings have gone out:

it is forbidden to land in Monrovia in the middle of the night,

it is forbidden to leave Liberia at night,

it is forbidden to bring your wife if you have one,

it is forbidden to invite anyone round to your house,

it is forbidden to fool around,

it is forbidden to drive fast,

it is forbidden to take photos,

it is forbidden to speak too much.

No, it can’t be! It will be him. Then some laughing. Followed by sternness. Rumours are just rumours. Who is the best one? Liberians openly debate, but when you ask them who the ideal candidate is, they lock you out: “It is our secret.”

Everything is calm in Liberia. So calm, that irritation and sensitivity have gone up a notch or two. The sound of a ballpoint pen falling on to the floor is very bothersome, hearing quick steps really gets on your nerves, the slow pace drives you nuts. You have to count to ten. One, two, three, four, five, six, seven, eight, nine, ten, ten, ten, ten, ten. Aaah, ten. All ready.

For that moment, that single moment that the whole country has been waiting for. Yet when the time comes, it seems to slide past you. Sometimes grand occasions pass by as stealthily and surreptitiously as Proust’s Magdalena in the novel Swann’s Way… Indeed, the greatest moments in history make as much noise as a swan’s feet.

The truth is that on the crucial day, the exam day, the day when the final match has arrived, expectations are running so high that everyone is waiting to watch the perfectly planned film. But it turns out that reality has no script, but rather a few actors with no roles, an invisible director, a set that is prone to spontaneity, supra-realism submerged in the immediate present, provoking nothing but confusion and many questions: what is happening in Liberia?

Everything is calm in Liberia, very calm.