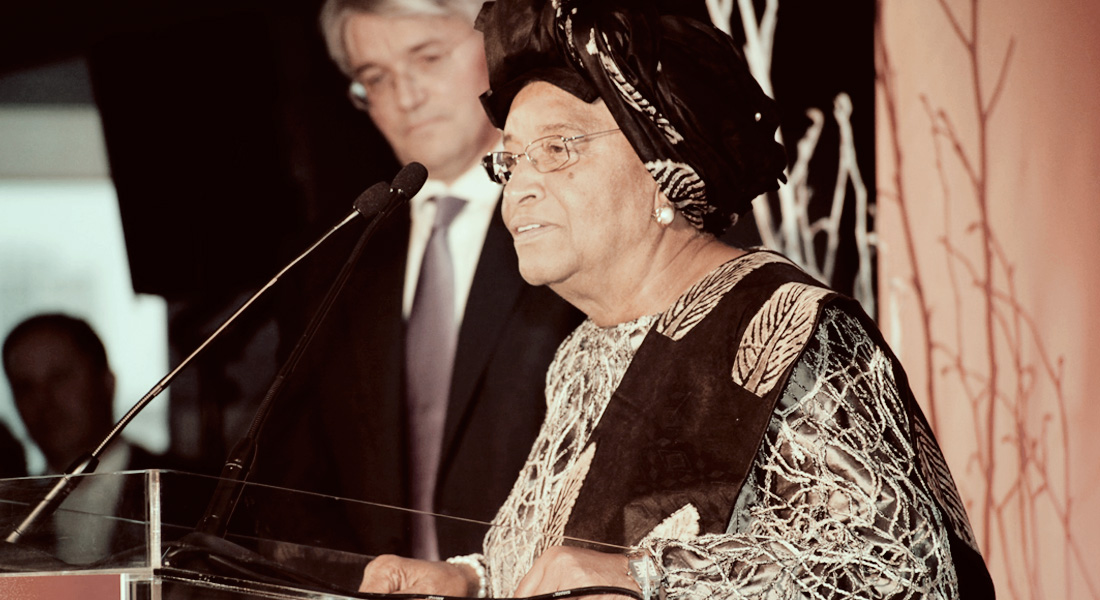 “THE SWEDES ARE WAITING FOR YOU IN THE PARKING LOT,” said an early morning voice to me in a firm tone. I quickly ran down the stairs and left the building, only to find the Swedish Ambassador to Liberia and his whole team waiting for me in a Toyota Prado. My nose made out a light whisper. I admit that at first I thought I’d feel uncomfortable with this Scandinavian expedition. After all, I was joining the crew of a very different planet to my own for this first round of the Liberian presidential elections, and something inside of me was afraid of being blatantly sidelined.

But from the first split second, I felt surprisingly at home. Hey, these Swedes are fabulous. They are so elegant, so well-mannered, so natural and so civilised. We headed out to the Swedish embassy where the ambassador no less – who I had expected to be cold and distant – looked at me straight in the eye and spoke to me with the complicity of a childhood friend. “Our mission is to act like observers during this first round of elections, and that’s what we will do,” he underscored.

Then I met Emma, bringing simplicity, sweetness and ease to the table. And what about Dolores? She must have over six decades of life behind her yet she still exudes this exceptional joviality, freshness, agility and youth from every pore.

You could fall in love with this lady. There I was, at the Swedish Embassy in Monrovia, and I felt like some kind of James Bond next to Dolores, who came across like a higher-ranking version of Moneypenny, an inkling of a blonde out of a Hitchcock film, framed by those peaceful and welcoming scenarios of the British director. And looking down from above, a portrait of King Gustav of Sweden, of course. Could you ask for more?

Once we had all gathered, the ambassador and the Chargé d’Affaires (another gentleman) briefly explained our plan during this first assault on power, which would involve the two candidates for the Liberian presidency fighting during a second and last round of voting. One of the details of our plan was to change cars half-way through so as to facilitate interaction, or as Emma said, “So that we don’t get fed up of each other.” Following a few more brush strokes of our plan, the ambassador snapped his fingers and we all set off. Here we go.

Following the UN’s indications that cars had to drive slowly, our Toyotas Prado drove so slowly that it felt like we were treading on eggshells. UN Drive and Broad Street harmoniously made way for our convoy. We could see the marathon queues forming opposite the voting centres. We turned left and made our way onto Bushrod Island, heading towards Bomi County, where we would be acting as observers. We started encountering problems on Bushrod Island.

The ambassador and I were having an interesting conversation about grey winters and parties when we received a phone call asking us to stop the car. Emma informed us that Ingrid (another Swede in the group) was feeling unwell. We turned around and through the window we could make out a woman vomiting in the middle of Bushrod Island. She was stretching out her hand and was clearly embarrassed and blushing as she apologised to the Liberians who forlornly looked on. The girl then got back into the Prado behind us, holding onto her stomach like Napoleon, and we set off again.

We knew we had arrived in Bomi County when everything around us became a lush green. The first centre on our list of visits was in Klay. People flocked around several dishevelled buildings and shabby tents, overcrowding the installations, especially the rooms where people were parsimoniously and peacefully depositing their votes. It was a lengthy process. First, the Liberian citizen had to show his ID card which was verified using a computer, then a ballot paper was handed over, after which the individual would hide behind a curtain and cross the box of his favourite candidate. The voter then slipped the ballot paper into a plastic box case, thus completing the exercise. It took about five minutes.

Liberian and ECOWAS observers, as well as other organisations stood in the suffocating humidity and closely supervised the steps taken by the voters. We would ask the volunteers if everything was running smoothly and then we’d stand by for a few minutes and warily look on, observing the process like some harmless policeman or village guard.

Once the Swedish ambassador confirmed with a nod that everything seemed to be proceeding correctly, we left Klay and headed towards Sass Town. Amidst mangoes and the plains, we got out of the car. There were much fewer people; at least half of what there were in Klay.

I went into every room. In one of the rooms I was struck by the way the chairs had been ‘sorted out’.

They had been haphazardly piled up in a corner, forming an anarchic mountain of wood that seemed to be waiting for an imminent bonfire. Meanwhile, people continued to quietly march over, waiting and then depositing their vote in an atmosphere of harmony and not exempt of smiles and warmth.

Every thirty seven minutes I would have to inform my organisation by sending the a message along the lines of “Bomi, Sass Town, 7659, all fine.” This communication exchange reminded me of a type of sports programme going over the day’s results. Like a sports commentator describing the match, I would enthusiastically report back as if I were a child: “No incidents in Klay, in Sass Town  a small ripple!” Or, “There are more and more people!”

AND ONE DAY I WENT TO THE BUSH IN LIBERIA (9) of (9) “IT IS HARD TO RETURN TO MONROVIA”
Trip to Ghana (6 of 7) - What do you need a knife and fork for?
EXPATS LIVE IN A BUBBLE IN MONROVIA AND I WANT IT ALL