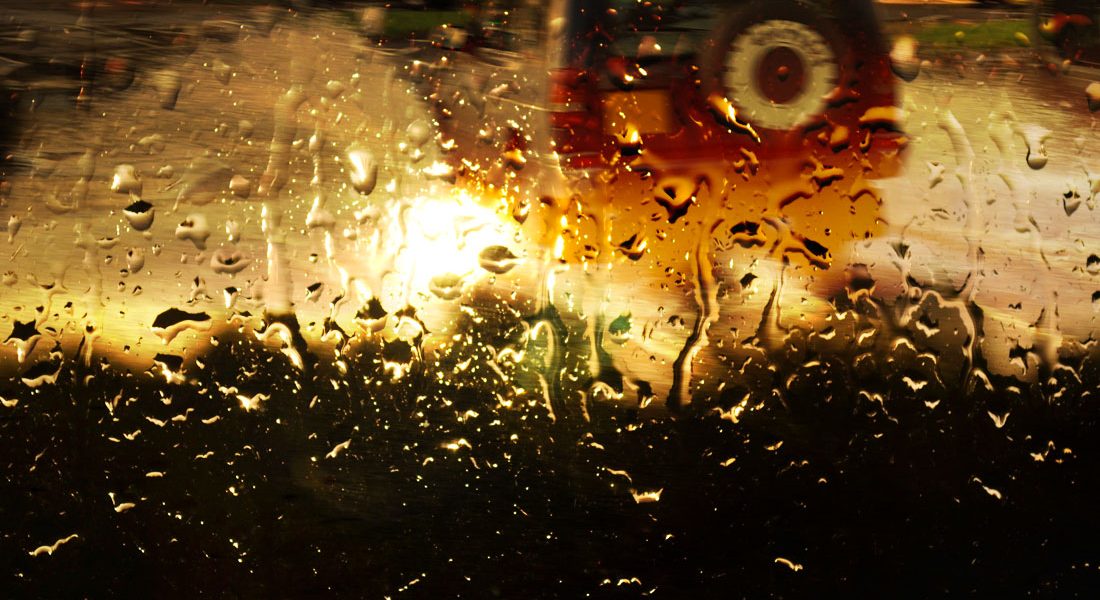 There is someone in the kitchen. It’s a young man of medium height. His name is Anthony and he moves stealthily. As if he were wearing socks instead of shoes. Anthony opens the pantry, takes out some fruit and brings it all out to Josep and I at the table.

We have breakfast looking out to sea, which now shows its true blue colours in daylight, as canoes glide over the Atlantic here and there. The sails are unfurled. There is no noise. We are eating mango and drinking Nestlé instant coffee. After a while, we leave through the front door. There is light.

We walk to my new job and leave Waterside behind. We continue walking along the seafront and walk up a steep slope that is full of potholes in the tarmac. Humidity is in the air. The rain went for a walk last night. I can smell its breath.

Trees fight with each other over any available space. They jostle to grow in all directions. Some trees, such as the cotton tree, seem to want to reach the sky. Here we are, walking in Monrovia, bang in the middle of the rainy season; the locals ride on their rickety motorbikes and the aid workers in their white 4x4s. Each take it in turns to drive past us, giving the street an air of getting back on its feet.

I am drenched in sweat again as they open the door to the office. During our morning meeting, dozens of people set their eyes on me as I introduce myself, feeling somewhat nervous and I thank Joao for having welcomed me at the airport. Thankfully, I am met with smiles.

At lunchtime, a Toyota Prado turns up. Anthony stands by the car, next to my cases. Roland takes us to my new home, my compound on UN Drive in Mamba Point. I will live in that block of apartments with the red roof; that is what I am to find out half an hour later. My first attempt is to knock on the door of the compound named Ocean View, the building next door where everyone just shrugs their shoulders and seem to wonder how I can be sweating so profusely, how can I be dressed like that in Liberia.

Things sort themselves out when Nahim, my Lebanese landlord, points at my new house with his index finger. I walk up to the house. “So this is where I will be living,” I say to myself, as I take in the large living room with armchairs and an orange sofa, which embrace a functional kitchen where a microwave, a fridge and a washing machine make themselves known. There are two bedrooms; the mirror in the corner glares at the double bed imposing itself on my bedroom. There are several bathrooms. This is where I’ll be living, brother.

Anthony is already sitting in front of me, at the table in the dining room. It is not easy to understand each other at first. The local accent, i.e. Liberian English, seems to be straight out of a rocky cave and is made up of sudden, sharp, cutting sounds. Oh man. But yes, we agree that I will pay him the whole month, even though there are only two weeks left of this month.

Anthony relaxes his shoulders straight away as soon as I tell him about my proposal. His face smoothes out. Deal. Anthony will be in charge of household chores. He will clean, cook and go shopping. He will be a handyman, if needed. So there we go. The dream I once had on a winter’s Sunday morning at university as I stared at the wicked washing machine was now coming true.

Anthony left a while ago. I have to get back to work. But I won’t leave until it stops raining. Indeed, until a few minutes ago it was furiously raining, striking at a steady pace. I am trapped in UN Drive. When I finally see that some guard has taken off his yellow raincoat, I venture out.

The never-ending traffic of 4x4s trample over the puddles and create some unpleasant and treacherous waves. Nonetheless, I keep walking and suddenly find myself in the middle of the street, surrounded by puddles of uncertain depth. A clumsy step could make me fall in an even more ridiculous way. The cars nonchalantly drive past.

Need I say that I have come to Liberia without a car?

I notice that “kind” of look on the other side of the car window as they keep driving by again and again. What now? Suddenly, the glamour simply fades away into any old sewer and as I stand there in the middle of a road of dirt and concrete, I realize that perhaps I should ask for help. How embarrassing, having to ask for help…I shout at a couple of cold cars. Some driver or another turns his head, but drives on.

I shout louder and louder, more decisively and at last a purple 4×4 lowers one of its tinted windows. A guy appears and looks at me the way you would look at a weirdo you come across down a dark alley. I must look like a rather weird guy, a white guy caught in the middle of this aquatic traffic.

It all changes when I spread out my five fingers of my right hand, indicating that I’ll pay five dollars if he’ll take me to work, which is on his way. The driver signals with his head that I should jump in, and I run to the door that opens up like a welcoming saviour.

As we get to the office, the driver introduces himself as Johnny and with an edgy voice he says: “Take my number, call me any time you have to go somewhere.” As I turn my head towards him, I am shocked to see a woman right behind us, wearing a purple headscarf. She must be Lebanese. She remains impassive, her jet black eyes looking straight ahead.

Johnny winces as I tell him that he has to wait for me by the office door because I don’t have any change on me. He can hardly believe his eyes when I show up at the door waving several notes. He thought I’d never come back out. He comes up to me and shakes my hand. We smile at each other. Jeez, you should have seen the state that the street was in.

I have only just arrived to Africa, and I am still not sure if everything I am seeing is for real. I am not even sure this armchair really belongs in my house. Every time I open the fridge door I don’t recognize the bottle of water or the milk.

I walk through my house in silence and as cautiously as a guest. It’s still early days, of course, and my colleagues say that it takes six months before you start calling your house, Home, your living room, Living room, and your bathroom, Bathroom.

I look at myself in the mirror. And I observe myself.

I know I live in the Mamba Point neighbourhood. I live by the sea. My house is surrounded by sprawling zinc shacks where barefoot men and women come and go, but there is also colour, brother. Many women wear very bright dresses. Yellow and brown, pink and blue, green and red…From the seven-year-old girl to the sixty year old woman, they carry buckets, bowls, trays packed with bananas, coconuts, mangoes, cassava, kala (a sweet made from flowers) and much more. On their heads.

The men. Many of them push trolleys full of things, from shoes to pans to P-Square’s latest CD. You can find knives, trousers and even a plunger…Many of them also ride around on motorbikes, while others stand by and make sudden hand gestures trying to make the cars stop where they are, saying that they will wash them until they are spick and span. Other men simply chat away with their neighbors while their wives plait their daughters’ hair. Others just walk and walk. They are all looking for something.

This is where I live. I live in Mamba Point. A neighbourhood where institutional city life blends in with hotels of large verandahs and buildings crowned with tangled antennae, as well as compounds guarded by policemen dressed in red, zinc shacks, roofless houses and dark corners.

This is where I live, close to dusty bars that must have been painted in turquoise once upon a time. Blood red can also be seen on plenty of buildings. On those buildings that still stand, because many others remain charred and naked: a stark reminder of the wounds from the Liberian civil war.

This is where I live.

In Mamba Point. The surroundings seem to get covered in dust whenever they get the chance, reminiscent of an African colour that is here to stay.

How does it feel to arrive in Liberia, in Africa?
TRIP TO BUCHANAN (6) of (6) LAST DAY IN BUCHANAN
A DINNER CAN END IN A BAD WAY IN MONROVIA