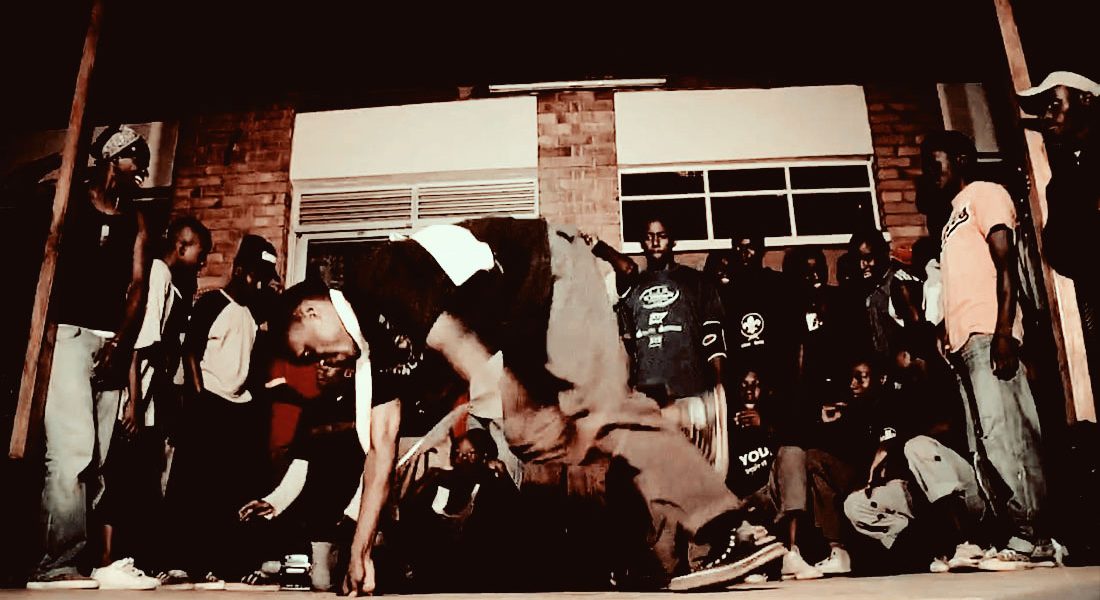 FEAR IN BLACK AND WHITE. Some people have started leaving the bar, forming a scary, irregular line. “This bar is mine and I want to tell you loud and clear that over there by the bar, there are some guys who have bought their drinks outside and brought them in here. This bar is for me! Those people: get out of here now!” We all look at the bar, but it is blurry, dark, there are some reddish lights, pinkish. In the confusion of the brightness, it seems there is a small group arguing and screwing their faces up.

More people continue to flee from Black and White, one can sense a bad vibe, meanwhile the owner of the bar ascends a step and goes back to threatening; “those guys: get out of here now!” I recognise the guy in green in the middle of the scuffle. Sure enough, the one who was dancing, almost kissing the floor just a few minutes ago, is involved.

The owner of the bar opens the way with his great strides and grabs the guy in green by the shoulder, but the guy in green is not having any of it and resentfully scrambles like an epileptic cat. One can sense a bad vibe. It all starts now. Anesa, Victor and I walk very fast and manage to escape Black and White.

Outside everything is falling apart. A puzzle with hiccups. Nobody quite knows what is happening inside Black and White, people are coming and going, strange noises. A woman called Adama asks us for a cigarette and she says she’s from Sierra Leone. She has a dull face, a sincere smile and a certain resignation etched onto her right eye.

Behind her, the street is scattered: people, colours and one or two Europeans lost in the night leering at our group, thinking of joining us but doubting nocturnally at the decisive moment, to the point that they finally turn their backs. Instead some girls come up to us with their lacquered hair, their silver miniskirts asking for cigarettes and chatting with us.

We laugh with them, nod our heads a few times and we go. We are already in the van that drops us off at the vanilla compound Teepoh. Now, listen. Anesa, Victor and I are in the lounge. Victor and Anesa are opposite me, sitting in flabby armchairs separated by the two arms of the chair and a glass of water.

We are beat. It’s time to go to bed, isn’t it? The moment has come. Victor looks briefly at Anesa, and then he looks at me. The moment has come. Anesa says something that in theory is funny and in reality helps him to at last touch the girl’s hand and after thirty seven seconds she says to him, “Victor, do you think this hotel is safe? Do you think I can sleep here alone without anything happening to me?”

Chan, chan, chan.  Get in there. Victor says something, babbling, very slowly and I intervene to say, “this hotel is very unsafe, full of insects and surprises, you can’t be alone”. The three of us laugh. Silence, the three of us laugh, and Victor gets up with a decisive look on his face, “well, the time has come to go to bed…” Anesa gets up and I follow, and go to my room, hysterical, knowing that someone will be walking down that hallway swiftly. Something is going to happen.

My room is unbearably hot. I look down at the shaft of light under the door, a line of light that is dark for a second, without a doubt somebody is walking outside and later the grand finale, the lunge, all the pain in the world: Anesa’s lively voice speaking to someone who isn’t me. And I turn out the light feeling like a loser, defeated. You know what I mean.

I don’t know how I manage it, but I end up sleeping. The following morning I get up and the first thing I do is go to Victor’s window, which is protected by a mosquito net. Nearing the net I see his young face and we become wrapped up in a scene like that of a confession. I slyly interrogate poor Victor who assures me that nothing happened with Anesa and tops it off by saying, “I’m an idiot”. And something inside of me says, “Yes!”

Related posts:
A night at the Déjà Vu
BACK TO LIBERIA. EVERYTHING STARTS NOW
“DISAPPEAR ONCE AND FOR ALL”. CARLOS BATTAGLINI IN GUINEA (6) of (6)