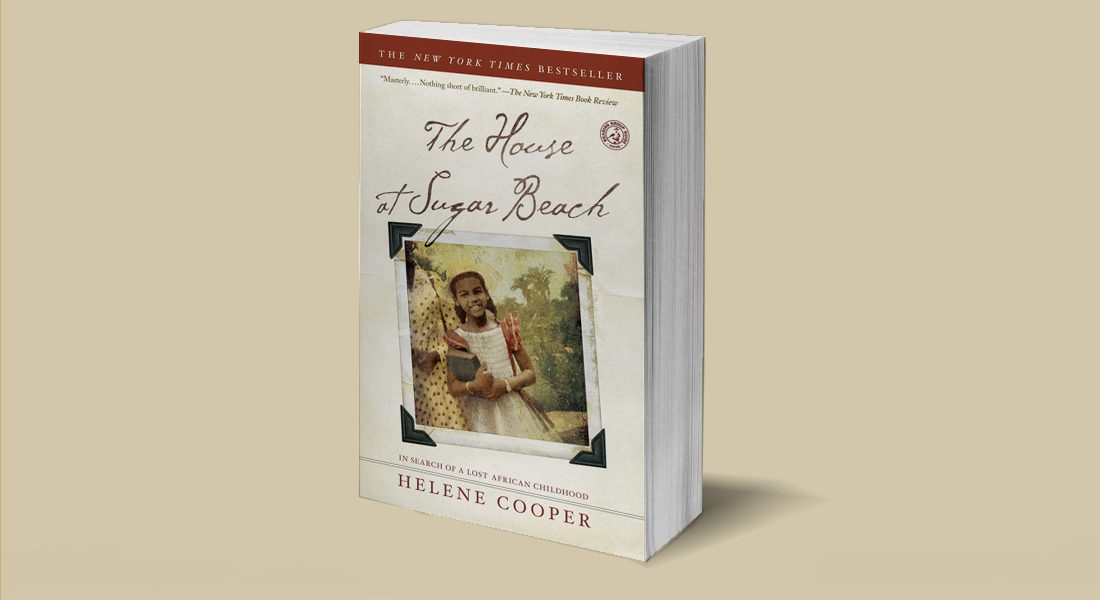 The House at Sugar Beach is an autobiographical novel (it may also be considered quite simply a novel) written by the journalist and diplomatic correspondent of the New York Times, Helene Cooper. Cooper is a woman of Liberian origin who, over time, acquired American citizenship.

In the novel, Cooper recounts her childhood and adolescence whilst she provides us with a historical account of the birth of Liberia, which takes place upon the arrival of freed slaves, of African origin, from North America, known in Liberia as “Congos“.

Helene is a Congo girl who lives a bourgeois life, with all the privileges of a wealthy family. From this perspective, Cooper narrates her attendance at Liberia’s top school, the American Cooperation School, in Congo Town, the excitement of the arrival of Christmas, learning how to swim, weekends at Caesar’s Beach, her naive and friendly interruptions of her father’s intellectual conversations (such as when she commented on the Chinese-Soviet pact…), her favourite childhood songs like I don’t love you anymore by Teddy Pendergrass, her holidays in Spain and descriptions, as stated by Cooper herself, of “hanging out”, which is what everyone does in Monrovia. At one point in the novel, Cooper goes as far as describing her teenage years as “absurd”.

Family plays a central role in Helene’s life. Helene is fruit of a marriage between two Congo families: the Dennises and the Coopers. It is her father’s second marriage. The children of his first relationship also live at Sugar Beach. It is her mother’s first marriage, somewhat late compared to the average Liberian women (in their thirties). They are two very different people.

Her father is a drunk, a womanizer and a friend of the night but wealthy and influential. He runs a profitable petrol station. Her mother, in turn, is a woman dedicated to her family and housework. She has a hard life. Not only did she have to suffer a certain amount of disrespect from her husband’s family, who considered her of a lower class, but she was also raped by Samuel Doe’s soldiers when Tolbert was overthrown.

Helene also introduces us to her little sister, Marlene, who was always the spoilt one as she was the last to be born. Initially, Helene was jealous of her but they later became thick as thieves. Janice, her father’s eldest daughter, also lived there. Then there were the uncles, cousins etc. all of whom occupied important positions in the Government or in the Liberian business environment. Among the family members, a special character is undoubtedly the grandmother, Mama Grand (Helene’s mother’s mother). A woman of character, who swore a lot and was very funny. Eunice (Helene’s adoptive sister) goes as far as to state, “she’s something else”.

The family settled in the Sugar Beach home having abandoned their previous home in Congo Town. The Sugar Beach house is a luxurious mansion on the beach, facing the immensity of the Atlantic Ocean. But it is as large as it is a cold house and it eventually becomes a pasture for thieves and urchins lurking in the area. Helene is afraid to sleep in her room, so her parents decide to find her an adopted sister: Eunice. Eunice is a Bassa “country” girl (a derogatory description of the natives by the Congos) who was adopted by the Cooper family. Helene ends up becoming inseparable from her.

The Cooper family eventually crumbles due to the infidelities of the father and the incessant fights that end in separation, but curiously, it is the father who asks for separation, probably wanting to pre-empt the inevitable.

As previously mentioned, Helene comes from a Congo family.

The term Congo comes from Liberia and it was the name given by the Liberians to the descendants of the African American slaves who were freed in 1822. These slaves were given the opportunity to choose between America and Africa, and chose Africa. The British, in turn, had abolished slavery by that date and their patrols guarded the Atlantic coast to prevent human trafficking as there were still boats leaving West African laden with slaves to be taken to America.

When the British intercepted these boats, they returned them to Sierra Leone and Liberia, regardless of whether they came from these countries or not. As many of these slave ships entered the Atlantic from the Congo River, the native Liberians (many also got involved in the business of the slave trade) called the “returned slaves”, Congos.

The history of Liberia, on the other hand and as stated at the beginning, is of crucial importance in the weaving of the novel. Helene tells us about the country’s founding, by freed slaves, in 1822. It was not an easy task, as harsh disputes between the Congos and the countries (natives) followed. It all started with the “coloniser” movement by the American Colonization Society, which sent several ships (white crew included) with ACS agents and more settlers, to West Africa. On December 12, 1821 (while malaria raged among the crew) and after several previous attempts, once again they tried to convince King Peter by sending him a bottle of rum.

However, the African leader again rejected the offer saying he would not sell Cape Montserrado to the Americans because their women would weep bitterly. However, King Peter made one crucial mistake, accepting the offer to meet the agents of the American Colonization Society. The meeting took place on December 15, 1821 in the palaver hut (a typical hut where African meetings take place) at King Peter’s village of located at Cape Montserrado.

Present at the meeting were African kings representing the Deys, the Mambe and other groups such as the Bassa. The African kings were intent on rejecting the offer of the Americans once again. But this time, the agents of the American Colonization Society drew their guns and pointed them at King Peter forcing him to reach an agreement 21 months and 6 days after the arrival of the Americans on the African continent. Therefore, Cape Montserrado, from the Atlantic Ocean to the tropical interior, totalling 130 square miles in all, was sold to the Americans in exchange for gunpowder, beads, mirrors and tobacco. The net value of the transaction was less than 300 dollars.

Later, in 1847, Liberia became the first republic in Africa having declared its independence from the United States. Liberia took advantage of the situation to extend its territory to British territory (the Gold Coast) occupying also parts of the current Cote D’Ivoire, which was at the time under the dominion of France.