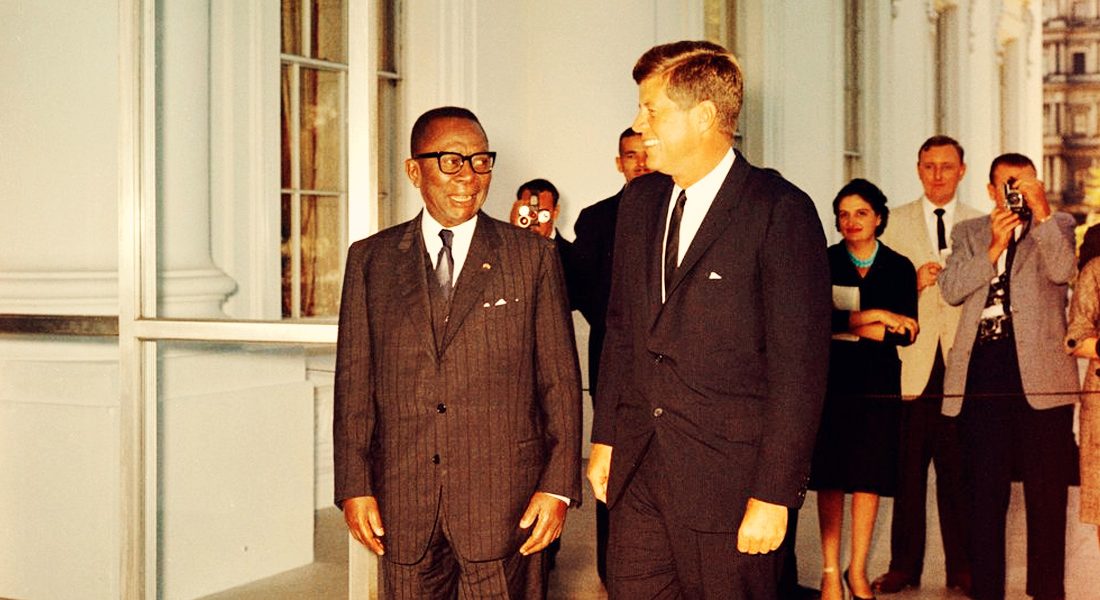 Going back to Helene Cooper’s life, it became considerably more complicated when the Liberian civil war broke out, a factor that forced her to move to the United States, specifically to Knoxville, Tennessee, where her status changed radically, becoming a second-class citizen and realising for the first time that she was black (an Irish boyfriend of hers even said he wanted to have children who looked like him). Helene struggled, gradually became integrated and ended up becoming a journalist (the Watergate case was what motivated Cooper to become a writer).

Helene travelled all over the place, even covering the Iraq war and after many years in the US she returned, nostalgic, to Liberia to reconnect with her roots and her adopted sister, who the Coopers had abandoned in Liberia. Cooper affirmed, “I was in the desert (Iraq) when I should have been in the forest. I shouldn’t die here, what a stupid place to die. If I die in a war, it should be in my own country. I should die in a war in Liberia.” About the Iraq War, although Cooper came to wish it would break out, because she was bored, she eventually called it a “stupid invasion” and would ask herself “how are those people receiving all that TNT?” (explosives)

Cooper returns to Liberia after having spent 23 years in the United States, where she even refrained from hearing anything about Liberia until she felt the strength of her roots (about the USA, she even said “it’s not my country”).

She finally lands in a chaotic Monrovia where she is reunited with Eunice, who does not hold any grudges. Helene also returns to the Sugar Beach home, which has deteriorated considerably. Obviously, it proves to be a very emotional journey.

As stated, the Liberian war was what mainly forced Helene to leave the country. But why and how was this war conceived? Basically because the Congos installed a tyrannical regime where they didn’t want to educate the majority country population, intending that power should reside among them at all times. Over the years, the situation was becoming untenable and native Liberians were becoming increasingly annoyed with this unfair situation.

A symptomatic fact: in 1979, 4% of the population owned 60% of the country’s wealth. So after 150 years of domination by the True Whig Party, the countries started to demand a multiparty system. Riots occurred at the University, led by Amos Sawyer, a professor of political science from Greenville, who had offered himself as a candidate for mayor of Monrovia.

The Congos meanwhile, ignoring the political upheaval, focused on the big celebrations that were held in the heat of the Organisation of African Unity (OAU) summit in 1979 for which Liberia held the presidency. The now dilapidated Hotel Africa even opened its doors at the time, with a nightclub that became very popular in Monrovia.

But the situation continued to worsen and received a final blow with the rice crisis, a staple of Liberians’ diet. The average income of Liberians living in the city at that time was eight dollars a month. The new prices, imposed by Tolbert, increased until the price of a sack of rice reached 30 dollars. The Minister of Agriculture at that time was Ms Florence Chenoweth. For many native Liberians, the rise in the price of rice was the last straw that broke the camel’s back. Encouraged by the growing political movement of students and professors at the University of Liberia, thousands of native Liberians demonstrated on Saturday the 14th of April, 1979.

Among the students who took to the streets, there were well-known people such as Gabriel Baccus Matthews, Teepoteh and Chea Cheapoo. There were deaths. Some estimates put the death toll at between 40 and 140. The dead were buried by government workers next to the Palm Grove Cemetery, where the Congos were buried.

After the rice revolt, Tolbert accused many people, including Gabriel Baccus Matthews, a Liberian Congo educated in the US who paradoxically was the leader of the newly established political party: the PAL (Progressive Alliance of Liberians) which was renamed the PPP (Progressive People’s Party).

Nevertheless, Tolbert was in serious trouble: the PPP had grown (some fearful Congos even began to call themselves countries, claiming tribal links with them) and the President strengthened the government’s reaction, outlawing this party and arresting 38 political dissidents, including Matthews who was accused of sedition.

The situation was becoming increasingly unbearable and the fact that he had not involved the Liberian natives in his political base nor bribed the village chiefs, was already costing Tolbert a lot.

Contrary to what the previous president had done, William Tubman made sure that powerful local chiefs collaborated with him in exchange for regular payments made to them by the government. The Tubman mandate also led to the emergence of a growing middle class in Monrovia (which was now suffering high inflation with Tolbert). With Tubman, the enrolment of children in primary schools had doubled to 60% in 1960 although illiteracy among adults was still 75%. During that time they also paved new roads in the interior that facilitated the collection of the “hut tax”, which ensured resources for the government.

Going back to Tolbert, he also sought a way to get along with the countries, wearing, for example, ‘safari’ gear, rather than the top hats and tails that Congos traditionally wore on festive days. But these and other measures proved clearly insufficient. The President was increasingly losing strength until the morning of Saturday the 12th of April, 1980, when a group of native Liberian soldiers led by Samuel Kanyon Doe (a sergeant aged 28) forced entry into the Executive Mansion and killed Tolbert (Cooper goes on to say that Doe was supported by the Americans).

With Doe in power, 13 members of the previous government were accused: Denis Cecil, Clarence Parker, J.T. Philips, Elbert Philips, Joseph Chesson, Frank Tolbert, Frank Stewart and seven others. These 13 members of Tolbert’s cabinet were executed at Barclay Beach using Uzi machine guns. Then, hundreds of native Liberians gathered at the site and danced on the beach near the four execution poles. People who supported Doe proclaimed, “we are people”, and “we are”.

“Plenty of intelligence, little literature”. Literary review of AMERICANAH by Chimamanda Ngozi Adichie (1) of (3)
“Have things changed in Liberia or not?”. A literary review of BLUE CLAY PEOPLE by William Powers (3) of (3)
Literary review of Wilton Sankawulo’s Why Nobody Knows When He Will Die. DO YOU KNOW WHEN YOU WILL DIE?